WASHINGTON (Reuters) -U.S. Treasury Secretary Janet Yellen said on Thursday she did not expect the U.S. economy to tip into a recession, but growth would “absolutely” slow down and gasoline prices were unlikely to fall anytime soon.

“I don’t think we’re (going to) have a recession. Consumer spending is very strong. Investment spending is solid,” she told a New York Times Dealbook event.

“I know people are very upset and rightly so about inflation, but there’s nothing to suggest that a … recession is in the works.”

Yellen, who last week conceded she had been wrong about predicting inflation would be transitory, told the event she would not change U.S. policy decisions if she could go back in time.

“Things can always happen that you don’t expect. The world’s very uncertain,” she said.

She said American households were clearly concerned about surging pump prices, which played a key role in shaping consumer expectations, but it was “amazing” how pessimistic Americans were about the economy given the fact that the United States now had the strongest labor market since World War Two.

Biden had done “what he can do” to address high gasoline prices by directing an historic drawdown from the Strategic Petroleum Reserve, Yellen said. She added that U.S. officials would also keep tightening sanctions aiming at punishing Russia and getting it to stop the war in Ukraine.

As the Federal Reserve tightened monetary policy to contain demand and bring inflation down, Yellen said she saw a path to a soft landing that would avoid a recession. 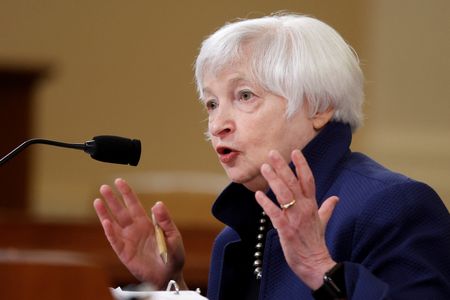 FTC revs up ‘right to repair’ fight with Harley-Davidson agreement