Mendelsohn, a Yale University graduate who has worked at the investments office for more than a dozen years, is replacing David Swensen, who oversaw the endowment for 36 years and is credited with overhauling endowment investing and adding billions to Yale’s coffers.

Mendelsohn, 36, joined the investments office after graduating with a degree in physics in 2007. He most recently managed Yale’s venture capital portfolio and contributed to the management of most asset classes in which the university invests.

“In addition to being an exceptional institutional investor, Matt is widely recognized for his ability to build and lead teams and for his devotion to mentoring aspiring investors,” Yale President Peter Salovey said in a statement.

Swensen, who earned a Ph.D. in economics from Yale, returned to the university after having worked on Wall Street for several years and took a significant pay cut to pioneer investing in hedge funds, private equity and real estate, creating an investment model that became known as the “Yale Model.”

His performance – Yale returned 9.9% a year over 20 years ending June 30, 2020 – topped most other endowments and Swensen trained a new generation of investors who have gone on to oversee endowments at Princeton, the Massachusetts Institute of Technology and Bowdoin College.

By growing Yale’s endowment from $1 billion when he took over to $31.2 billion, Swensen, who died of cancer at 67, turned Yale into one of the richest schools in the United States, trailing only Harvard University’s $41.9 billion endowment. 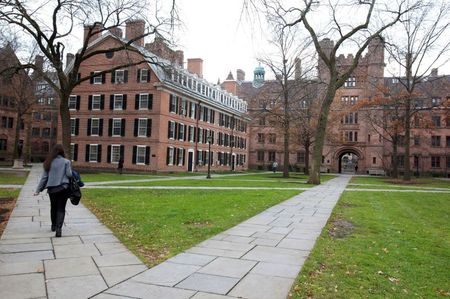 Explainer: Why COVID-19 can run rife in meatpacking plants

Analysis: Progressive or moderate? How a Biden cabinet could affect U.S. stocks