WASHINGTON (Reuters) -Britain’s WPP has agreed to pay more than $19 million in a settlement with U.S. authorities relating to bribery allegations and accounting controls for its subsidiaries, including in India and China.

The world’s largest advertising firm did not admit or deny allegations that it violated provisions of the Foreign Corrupt Practices Act but agreed to pay the penalty, the U.S. Securities and Exchange Commission said.

The SEC order found that WPP failed to ensure that subsidiaries it acquired implemented its internal accounting controls and compliance policies.

WPP implemented an aggressive business growth strategy that included acquiring majority interests in many localized advertising agencies in high-risk markets, it said, citing potential conflicts in India, China, Brazil and Peru during a period between 2013 and 2018.

WPP said it had changed its business practices since then.

“As the Commission’s Order recognises, WPP’s new leadership has put in place robust new compliance measures and controls, fundamentally changed its approach to acquisitions, cooperated fully with the Commission and terminated those involved in misconduct,” the company said in a statement.

WPP founder Martin Sorrell, who declined to comment to Reuters on the settlement, led the company for more than 30 years before he quit in April 2018. He was replaced as chief executive by Mark Read, another company veteran.

WPP failed to “promptly or adequately respond to repeated warning signs of corruption or control failures at certain subsidiaries,” the SEC said.

In one example cited by the commission, a subsidiary in India continued to bribe Indian government officials in return for advertising contracts even though WPP had received seven anonymous complaints relating to the conduct.

“A company cannot allow a focus on profitability or market share to come at the expense of appropriate controls,” said SEC FCPA Unit Chief Charles Cain.

Friday’s move comes as the nation’s top securities watchdog seeks to stamp out abuses in U.S. markets due to a lack of required controls by companies. 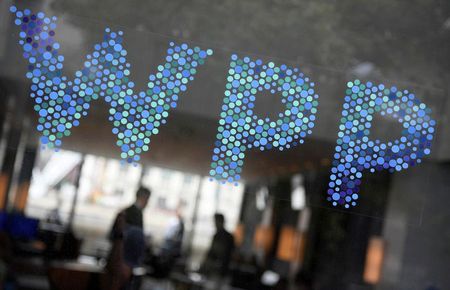 Fed’s Powell to tamp down taper talk on Hill, stick with transitory inflation

(Reuters) -Goldman Sachs said on Sunday it received approval from...

Boy Scouts reach $1 billion in sex abuse settlements with The...