JOHANNESBURG (Reuters) – Retailer Woolworths Holdings said on Monday it will continue to operate without a chief executive for its South Africa operations when incumbent CEO steps down, as it streamlines its operations.

Zyda Rylands, who is also an executive director of the group, has decided to retire on Sept. 30 for personal reasons, but at the request of the board has agreed to remain with the group through to 2024, Woolworths said.

“For the remainder of her tenure, she will focus her energies and her passion on leading the WSA (Woolworths South Africa) Foods business, which she has been instrumental in growing and positioning as an industry-leading food retailer,” it added.

Not retaining the South Africa chief executive position follows the group’s review of its leadership structure for the home business, Woolworths, which also sells clothes in South Africa and Australia said. 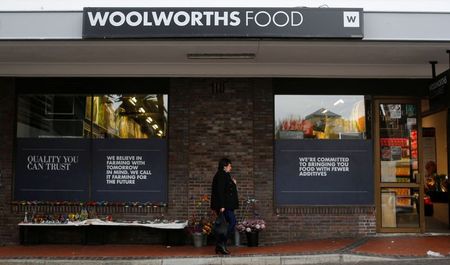 Walmart to spend another $428 million on employee bonuses

Japan’s tumbling GDP a threat to the US stock market.

Fed’s Powell continued to talk frequently with Mnuchin, lawmakers in May