“Unless we see an accelerated and permanent lifting of restrictions we expect a reported net loss in full-year 2022,” Varadi said.

Despite the uncertainty, Wizz and low-cost peers such as Ryanair have used the crisis to add new routes as traditional airline rivals retrench. The Hungarian carrier now has 43 aircraft bases operating or announced, compared with 25 before the pandemic.

Wizz has also leveraged a strong cash position to continue acquiring new, more efficient jets that will sharpen its competitive edge in an eventual rebound. Its fleet increased by 16 aircraft to 137 at year end.

The airline said it expects to fly around 30% of its pre-crisis capacity in its current first quarter, returning to full schedules only in its 2022-23 financial year.

While holding out hope for progress on an EU digital travel pass, Varadi described as a “missed opportunity” the patchwork of travel rules still in place.

“I would have expected the European Union to step up and coordinate,” he told Reuters. “Europe has become pretty much a zoo – every country is different.”

“Commentary from the company suggests the market will need to adjust its expectations down, with this likely to overshadow sentiment in the short term,” Goodbody analyst Mark Simpson said.

Liquidity stood at 1.617 billion euros as of March 31, with the company burning cash at a rate of 84 million euros during the entire last quarter. The cash and earnings numbers were in line with unaudited results published in an April 15 trading statement.

(Reporting by Laurence Frost in Paris; Additional reporting by Yadarisa Shabong in Bengaluru; Editing by Christian Schmollinger and Mark Potter) 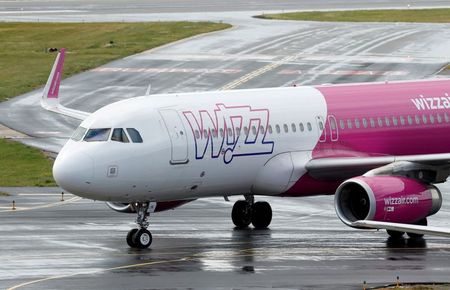 Tesla worried it won’t be able to hire enough people for Berlin factory –...