LONDON (Reuters) – Hungary-based carrier Wizz Air warned that it faced headwinds over the winter months but would be ready to take advantage of the “exceptional opportunity” of next summer, after it returned to profit for the July-September quarter.

For the three months to the end of September, budget airline Wizz posted a net profit of 57 million euros ($65.99 million), in line with analyst expectations, and said it was already back flying as much as it did before the pandemic in 2019.

That puts Wizz, the fast-growing airline believed to be behind a takeover bid for bigger rival easyJet in September, ahead of many competitors whose capacity remains at around 60-80% of 2019 levels.

But chief executive Jozsef Varadi told Reuters on Thursday: “The next five months will be temporarily challenging”.

Wizz’s eastern European heartlands have lower vaccination rates than the markets it has expanded into in western Europe, plus like all airlines it is facing rising fuel prices, which means it will likely make a loss this winter, as is common for airlines in this period.

Looking to next summer, Varadi said that the end of pandemic restrictions and pent up demand will make for a buoyant market which Wizz would make the most of, having grown its fleet of planes to add bigger, more fuel efficient models.

“I see that we will be exceptionally well-positioned for taking advantage of the of the revamp of the market post-COVID,” he said. 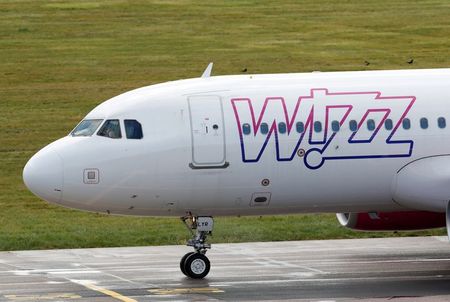