Less than two years after billionaire Lawrence Stroll drove to the rescue of James Bond’s car brand of choice, Aston Martin has undergone a manufacturing makeover to lift margins and help it become more like rival Ferrari.

Stroll, Aston Martin’s largest shareholder and executive chairman, who is also an avid fan of Ferrari, says after vehicle sales jumped 82% in 2021 the carmaker’s transformation to long-term profitability is well under way, with new cars coming and funding secured through 2025.

But analysts say Aston Martin, which has gone bust seven times since it was founded in 1913 and has flirted with death as often as Agent 007, is still burning through piles of cash. Some question its ability to generate Ferrari-like sales to fund the vast cost of electrification.

“It’s precarious and it is possible for this company to go bust,” said Redburn equity research analyst Charles Coldicott. “I don’t think it’s a controversial thing to say even though Aston wouldn’t like to hear it.”

Asked to comment on perceptions of a shaky future, an Aston Martin spokesman reiterated Stroll’s view that the carmaker is well on the way to long-term profitability and that it has adequate access to cash.

On a tour of the carmaker’s Gaydon factory, Tobias Moers, formerly head of Mercedes’ high-performance AMG brand and Aston Martin chief executive since August 2020, rattles off a list of moves including cutting one of two assembly lines and bringing more bespoke items like seats in-house.

Perhaps the biggest shift has been to focus on higher-value customer-driven and customized orders – a big part of Ferrari’s success – rather than over-producing and churning out sports cars wholesale, which then had to be discounted.

“When I came in, the company was manufacturing-dominated instead of engineering-led, which for an auto luxury business is insane,” Moers said. “In a company this size, you need maximum flexibility and agility.”

At that point, the carmaker was in trouble after a disastrous 2018 public listing.

Stroll says with its new vehicles the company is targeting a gross profit margin per vehicle of at least 40% and in some cases 50%. Analysts put Ferrari’s figure at over 55%.

Stroll says Aston Martin will benefit from a deal made with Mercedes-Benz in October 2020 where it gets access to the German carmaker’s latest engines and EV technology.

Under that deal, Mercedes now owns almost 12% of Aston Martin, which will increase to 20% in 2023. The German luxury automaker has been relatively tight-lipped about plans for its stake in Aston Martin.

“It was really important for a company of this size, particularly with electrification coming … to have a big brother,” Stroll said. “So I did a really transformational deal with Mercedes-Benz in order to get their electric architecture.”

Carmakers have focused on outsourcing for decades, but increased customization has Aston Martin reversing that trend, said CEO Moers.

Allowing customers to select their leather, stitching and other internal flourishes has led to a 20% increase in options, boosting the sales price.

But offering 30 different leather qualities and colours means 900 variations. As each car is individual, it is cheaper to do more in-house – for instance, Aston Martin plans to make its own steering wheels again.

“Variation at Mercedes-Benz was a nightmare, we wanted to cut it down and cut it down,” Moers said. “But here, this is our purpose.”

“Our sample size is one.”

Aston Martin has closed its paint shop at Gaydon and paints most cars at its sport-utility vehicle plant in Wales – saving 1,000 pounds per car by cutting the immense costs of two paint shops.

But Aston Martin will hand-paint any unique colour customers desire, for an additional cost.

Aston Martin has also started delivering the limited edition Valkyrie, a street-legal version of a Formula One car announced by the company’s previous management that starts at 2 million pounds.

But the Valkyrie has been immensely expensive to develop, so will not be repeated as Aston Martin focuses instead on profitable sports cars.

“There is no business case for this,” Moers said.

‘MERCEDES WILL BE THE BASE’

Before going electric, Aston Martin is launching a number of combustion engine models, including its powerful V12 Vantage sports car and a new SUV.

In 2023 the carmaker plans its first mid-engine sports car – where the engine sits behind the driver providing better weight distribution for performance – joining Ferrari, McLaren Automotive and Lamborghini.

For Aston Martin and its peers, going electric is especially tricky because the appeal of luxury sports cars is based on the feel of a powerful internal combustion engine.

“More of the people that are our customers today, who are more petrol heads, want to see, feel, hear and smell a combustion engine for a long time,” Stroll said.

But for going electric, “Mercedes will be the base of whatever we do,” he said.

“If you put a gun to my head, I would say my base case is Mercedes will acquire the business,” he said. “I don’t know at what price, but I imagine it will be significantly lower than today’s price.”

Mercedes spokesman Tobias Just said in an email the German carmaker is “very happy with our existing cooperation with Aston Martin.”

He declined to comment on the German carmaker’s future plans for its Aston Martin stake if the British carmaker’s turnaround stalls.

Jefferies analyst Philippe Houchois said while Aston Martin has aspired for many years to be more like Ferrari, its current management has consistently done the right thing, moving its brand upmarket “by underproducing and moving towards more content and more customization.”

“They’re now walking the talk at Aston Martin,” Houchois said. “But it’s a question of how long it takes and if they have the financing to back that up.”

(Reporting by Nick Carey in Gaydon, England; Additional reporting by Victoria Waldersee in Berlin and Giulio Piovaccari in MilanEditing by Matthew Lewis) 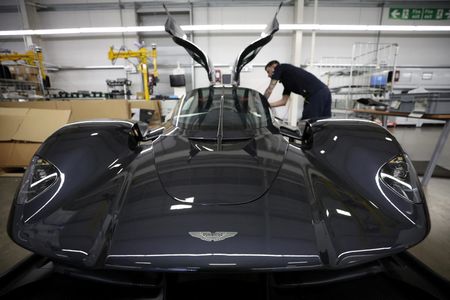 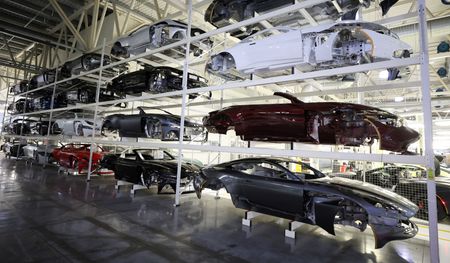 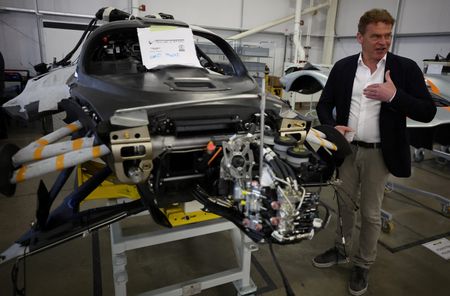 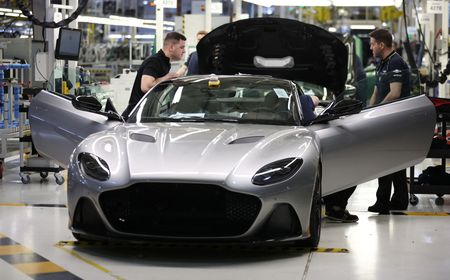 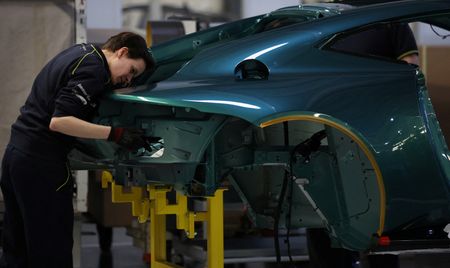 Two of Russia’s billionaires call for peace in Ukraine

Air France KLM redeems 500 million euros worth of debts and...

Canada to present its 2022 budget next week as inflation soars