WASHINGTON (Reuters) – The Biden administration on Tuesday welcomed data showing that consumer prices increased at their slowest pace in six months in August as evidence that inflation would be transitory, citing a drop in auto prices and a deceleration in food price increases.

“The story from today’s data is that monthly price increases continue to moderate,” a White House official said, speaking on condition on anonymity. “Today’s report showed core inflation below expectations and decelerating this month compared to the last two months – from 0.9% and 0.3% to just 0.1%.”

The official said the current economic recovery after last year’s COVID-19 downturn could still deliver surprises, but the overall trajectory was positive.

“We’re in an unprecedented recovery, so there are going to be ups and downs,” the official said. “But the broader trend supports what we believe – and what’s been echoed by everyone from the Federal Reserve to the markets, and private-sector forecasters – that inflation is transitory as we recover from the pandemic.”

The Labor Department on Tuesday said its Consumer Price Index https://www.reuters.com/world/us/us-core-consumer-prices-slow-sharply-august-2021-09-14 excluding the volatile food and energy components edged up 0.1% last month. That was the smallest gain since February and followed a 0.3% rise in July. The so-called core CPI increased 4.0% on a year-on-year basis after advancing 4.3% in July.

A source familiar with the White House’s thinking said the CPI data and a deceleration in month-to-month numbers for 87% of costs – outside of autos and pandemic-related services – in recent months were “pretty encouraging.”

But the White House and the U.S. Treasury Department remain deeply concerned about the rising cost of owner-occupied housing, and any ripple effect on rents and overall inflation.

Owners’ equivalent rent of primary residence, which is what a homeowner would receive from renting a home, increased 0.3% in August, rising by the same margin for the fourth straight month.

Expanding the supply of affordable housing was critical to addressing the longer-term issue, the official said, underscoring the importance of $332 billion in affordable housing measures included in a $3.5 trillion package of legislation being considered by Congress.

“Making a historic commitment to expanding housing supply across the country is going to make a huge difference for working families and households everywhere.” 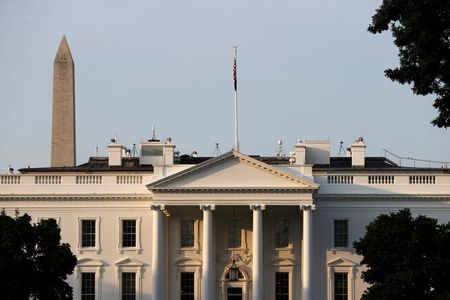 Fewer companies caught the deal bug in the year of the...