WASHINGTON (Reuters) – The White House said on Thursday that its social spending package, known as the “Build Back Better” Act, would reduce the deficit by $112 billion over the next decade according to a new analysis.

The statement came out just after the non-partisan Congressional Budget Office, charged with evaluating the cost of legislation, found that the bill would raise the federal deficit by $367 billion over the next decade. 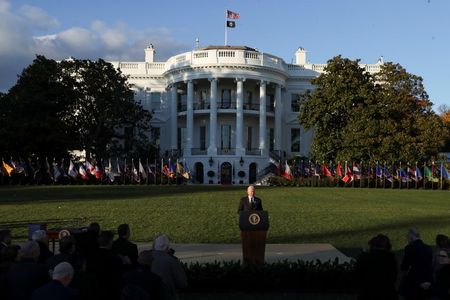 Oil jumps 5% after 7 days of losses, boosted by weaker dollar