By Dan Levine and Marisa Taylor

(Reuters) -A former human resources officer at Eli Lilly and Co sued the drugmaker on Monday, alleging she was terminated after pointing out poor manufacturing practices and data falsification involving one of its blockbuster diabetes drugs.

The plaintiff, Amrit Mula, alleges violations of an employee protection law and seeks unspecified damages. The U.S. Department of Justice last year launched a criminal investigation into alleged manufacturing irregularities at an Eli Lilly plant in New Jersey following a Reuters story that detailed some of Mula’s allegations.

Lilly in a statement on Tuesday called Mula’s allegations “baseless” and said it “looks forward to the opportunity to defend itself in court.”

The company also said it “continues to cooperate” with a Justice Department subpoena and to work collaboratively with the U.S. Food and Drug Administration.

Mula said she “made every effort to resolve this controversy and avoid litigation entirely, but unfortunately we were unable to do so.”

An employee at the New Jersey plant starting in 2004, Mula contends in the lawsuit that she repeatedly pressured site leaders starting in 2018 to remedy manufacturing violations involving several biologic drugs, including type 2 diabetes medicine Trulicity.

In November 2019, FDA inspectors arrived at the Branchburg plant for an inspection and found that quality control data had been deleted and not appropriately audited.

Federal documents show the FDA cited the problems in 2020 as “Official Action Indicated,” or OAI, which is its most serious category of violation. The FDA has not taken further public action and declined to comment on the whistleblower suit.

(Reporting by Dan LevineEditing by Chris Reese and Bill Berkrot) 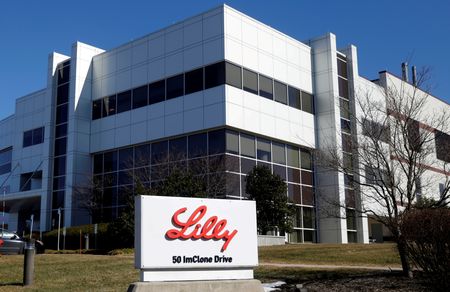 Clothes retailer OVS to run all 11 Gap stores in Italy