(Reuters) – U.S. home appliances maker Whirlpool is folding its European business into a new company controlled by Turkish rival Arcelik, reducing its exposure to a market where it had warned attractive profit margins could be some way off.

Whirlpool also said it had agreed to sell its Middle Eastern and African businesses to Arcelik, which the Turkish firm said was for 20 million euros ($21.65 million) in cash.

The moves come after Whirlpool launched a review of its Europe, Middle East and Africa (EMEA) operations in April 2022 and said it planned to focus on higher margin businesses.

Global firms have been cutting their European operations due to sluggish growth and high energy costs. Turkish exporters, meanwhile, have gained a competitive edge from a plunge in the country’s lira currency to record lows, making goods produced in Turkey cheaper to overseas buyers.

“This allows us to participate in significant value creation from the repositioning of the business and cost synergies through our minority interest,” said Whirlpool Chief Executive Officer Marc Bitzer.

“This new business will increase the competitiveness of Koc Group and Arcelik and create great value for both our country and our stakeholders”, said Levent Cakıroglu, chief executive of Turkish conglomerate Koc Holding, which owns Arcelik.

The combined entity is expected to have annual sales of 6 billion euros and is likely to have more than 20,000 employees across multiple European countries.

Whirlpool will retain ownership of its EMEA KitchenAid unit, it said.

The U.S. firm said the Middle Eastern and African businesses being sold to Arcelik had sales of around $4.2 billion in 2021. The entirety of Whirlpool’s EMEA business reported sales of $5.01 billion last year.

The transactions will negatively impact Whirlpool’s full year earnings per share by $26 to $28 on a GAAP accounting basis, the company said, adding it took a writedown of about $1.5 billion on its EMEA business in fourth quarter.

The deals are expected to be completed in the second half of the 2023, subject to regulatory approval, Arcelik said.

(Reporting by Akanksha Khushi and Shubham Kalia in Bengaluru and Canan Sevgili and Berna Suleymanoglu in Gdansk; Editing by Matt Scuffham, Rashmi Aich and Mark Potter) 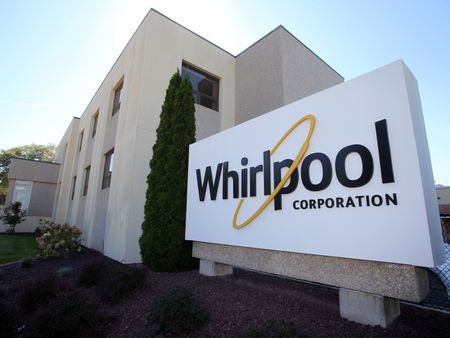