By Sarah White and Benjamin Mallet

PARIS (Reuters) -Oil and gas group Total won more than 90% backing for its climate plan to gradually reduce its emissions on Friday, when shareholders also voted overwhelmingly in favour of its rebrand as TotalEnergies to mark its shift to renewable energy.

Some shareholders had campaigned to reject Total’s green goals as not ambitious enough, echoing growing investor rebellions in the sector.

Demands for oil companies to speed up the shift from fossil fuel reached a crescendo this week as a Dutch court ordered Royal Dutch Shell to greatly increase greenhouse emission cuts and Exxon Mobil battled with an activist investor over its record on climate change.

Total’s climate strategy, which lays out its aim to reach carbon neutrality by 2050, was backed by 91.88% of shareholders voting at its annual meeting.

“This outcome is, I think, the best response to commentators who predicted, and in some cases even hoped for an investor rebellion against the company, and responds to those who act more as activists than shareholders,” Chairman and Chief Executive Patrick Pouyanne said.

The rebranding, which takes effect immediately, was backed by 99.88% of votes.

Total is investing in a pivot towards renewable energy with solar or wind power projects.

It is seeking to derive revenues from electricity production, and reduce its reliance on oil products, including with staggered targets to 2030, and mirroring moves by rivals to try to cut emissions.

Pouyanne said he wanted the company to become a “green energy major”, but said a more radical shift would not be appropriate as the company needs to fund its transition from revenues derived from fossil fuels.

The International Energy Agency has said new fossil fuel projects must stop this year if the world wants to reach net zero carbon emissions by the middle of the century, a faster pace than envisaged so far by oil producers, including Total.

Non-governmental organisations and some investors spoke out against what they saw as an overly conservative approach.

Bruce Duguid, head of stewardship at the governance advisory arm of asset manager Federated Hermes, which holds shares in Total, said he had not supported the transition plan.

“The challenge is there’s just not sufficient evidence it’s aligned with the Paris goals,” he said, referring to the U.N. accord on curbing climate change.

Lucie Pinson, founder and executive director at Reclaim Finance, a non-governmental organisation, accused Total of greenwash and said its shareholders had “voted willingly for climate chaos”.

(Reporting by Benjamin Mallet and Sarah White in Paris; addition reportin by Simon Jessop in London; Editing by Jan Harvey and Barbara Lewis) 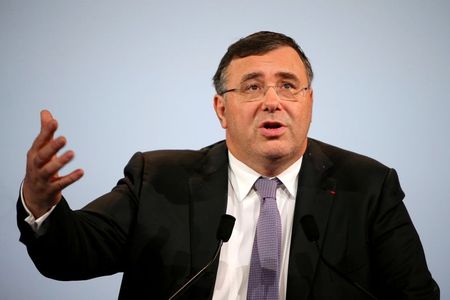 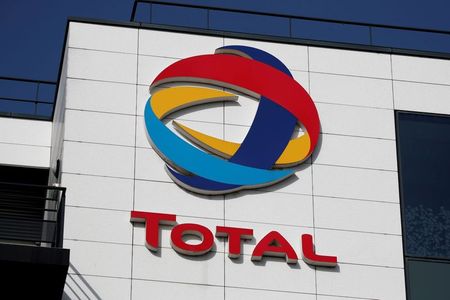