By Francesco Canepa and Balazs Koranyi

FRANKFURT (Reuters) -Bundesbank president Jens Weidmann publicly contradicted the European Central Bank’s official line on Friday, warning that inflation may stay above 2% for some time and that the ECB should avoid any commitment to keeping the money taps open.

His words came only hours after ECB President Christine Lagarde reaffirmed her expectation that inflation in the euro zone would fade and called for ongoing support for the economy.

The ECB holds of a key policy meeting on Dec. 16.

Weidmann, who steps down as Germany’s central bank governor and ECB policymaker at the end of the year after a decade of largely vain opposition to the ECB’s easy-money policy, struck a decidedly different tone to Lagarde.

“And it could well be that inflation rates will not fall below our target over the medium term, as previously forecast.”

Inflation in the euro zone hit 4.1% in October, pushed up by higher energy costs, and is expected to stay above the ECB’s 2% target next year as suppliers strained by the pandemic cannot keep up with the reopening of the economy.

Speaking earlier at the same event, Lagarde had insisted the ECB should not hit the brake now.

“When inflation pressure is expected to fade – as is the case today – it does not make sense to react by tightening policy,” she said. “The tightening would not affect the economy until after the shock has already passed.”

The ECB is due to decide at its Dec. 16 meeting on the future of its two bond-purchase programmes – one launched in response to the coronavirus pandemic and the other in 2015.

While the ECB has already signalled its 1.85 trillion euros Pandemic Emergency Purchase Programme would end in March, Lagarde hinted that the central bank would keep buying bonds after that.

“Even after the expected end of the pandemic emergency, it will still be important for monetary policy – including the appropriate calibration of asset purchases – to support the recovery and the sustainable return of inflation to our target of 2%,” she said.

By contrast, Weidmann warned against making any long-term commitment to keeping credit easy and said the ECB should in fact signal it is ready to tighten policy if needed.

“Given the considerable uncertainty about the inflation outlook, monetary policy should not commit to its current very expansionary stance for too long,” he said.

“To keep inflation expectations well anchored, we need to reiterate over and over again: If required to safeguard price stability, monetary policy as a whole will have to be normalised.”

This is already happening in most other countries.

The Federal Reserve is winding down its bond-buying programme, and the Bank of England is widely expected to raise rates later this year.

While Lagarde acknowledged that the outlook for inflation had improved after a decade of sluggish price growth, she said the ECB should “nurture” demand.

“As positive demand forces in the economy gain strength, the inflation outlook over the medium term is looking better than it did before the pandemic,” Lagarde said. “So, we should continue nurturing these forces by not withdrawing policy support prematurely.”

In what could be one of his last high-profile speeches as an ECB policymaker, Weidmann said it will become harder and harder to stop bond purchases the longer they last.

“Looking back, monetary policy has never quite managed to get out of crisis mode,” he said. “Thus, a return to normality could become more and more elusive.” 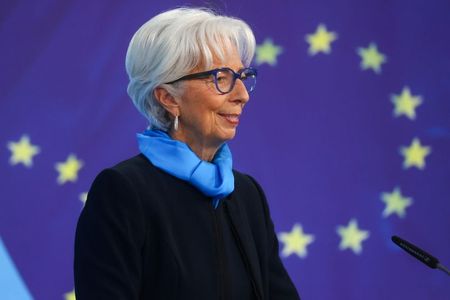 ‘Greenflation’ a risk for renewable energy, but long-term viability intact

Southwest recalls another 382 pilots ahead of summer travel