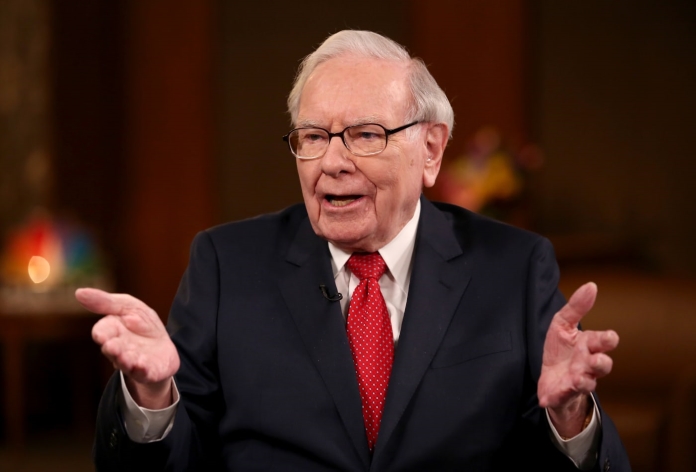 Warren Buffet’s ability to pick which companies to invest has always been lauded by the stock market. Praised for his value investing principles, Buffet ended up raking $80 billion in the last decades. Although, the fourth quarter of 2019 for Berkshire Hathaway (NYSE: BRK.A) (NYSE: BRK.B) wasn’t the most exciting one as far as stock purchases are concerned. Within that quarter, some of the notable purchases made by Buffet’s Berkshire Hathaway include $450 million worth of Occidental Petroleum (NYSE: OXY) and $575 million for Kroger (NYSE: KR) while $200 million for Biogen (NASDAQ: BIIB).

However, Warren Buffet and his team spent a whopping $2.2 billion on a particular stock which happens to be more than the aggregate of his last three stock purchase outings.

As mentioned above, Buffet’s company exhausted $2.2 billion in the 4th quarter of 2019 on share buybacks. For a single quarter, this is the most Buffet has ever spent on repurchases which is even higher than the 3x of $700 million buyback total acquire from Q3. To diversify their holdings, Berkshire bought back stock during the fourth quarter in three specific time periods.

To get a better idea of the term “Class B share equivalent,” Buffet’s company spent billions on buying a combination of both Class A and Class B shares. One Class A share is worth 1,500 times the value of what each ownership of Class B share represents.

Since the modification of Berkshire’s stock repurchase program, there is neither any limit set for repurchasing shares nor for the amount that can be spent on repurchasing apart from just these two conditions –

2. The duo must come to a common consensus regarding the cash reserves for the fiscal year of 2020.

For much of 2019, Berkshire was trading at a level in accordance with what buffet and Munger thought it was worthy of, even when the share price was at an all-time high in the last quarter of 2019. However, the leaders of Berkshire are experienced enough to know and admit that the approximation of the company’s intrinsic value is just estimates.

To know more about the stock which has particularly interested Warren Buffet to invest billion in then subscribe to our newsletters by signing up with your e-mail I.D.

GE reopens parts of prior debt offerings to raise $3 billion

Swissport to cut up to 4,556 jobs in UK and Ireland: internal letter

By Nandita Bose and Doina Chiacu ...

By David Lawder and Andrea Shalal ...