By Dawn Chmielewski and Chavi Mehta

(Reuters) -Warner Bros Discovery posted a quarterly loss on Thursday that missed Wall Street targets due to restructuring of the combined media company, but investor concerns were tempered by news that HBO’s fantasy series “House of the Dragon” became the most-watched series premiere in the network’s history.

Recession-wary brands have taken the axe to marketing budgets as consumer spending on discretionary products and services dips.

Warner also missed expectations on revenue, helping send its shares down 4.8% after hours.

The newly combined company has been cutting projects it considered weak and reorienting its business, including a re-embrace of sending movies to theaters, but costs have been high.

Warner Bros. Pictures, film subsidiary of Warner Bros. Discovery, is planning to cut a number of jobs in distribution and marketing which will reduce the headcount by 5% to 10%, Bloomberg News reported on Thursday, citing people familiar with the matter.

“We’re spending more money this year than we’ve ever spent historically,” Warner Bros Chief Executive David Zaslav told a conference call. He touted the new creative team leading the company’s DC Studios and promoted a coming lineup of films worthy of the big screen, including “The Flash,” “Wonka” and “The Color Purple.”

Former leadership had sent many movies straight to HBO.

“Launching a two-hour or an hour-and-40-minute movie direct-to-streaming has done almost nothing for HBO Max in terms of viewership, retention or love of the service,” Zaslav said.

Warner Bros posted a third-quarter loss of $2.3 billion, or 95 cents a share, which includes $1.5 billion in pre-tax restructuring charges. That’s more than the 21 cents a share loss that analysts had anticipated, according to Refinitiv data.

The wider rout in the ad market has led companies including Google parent Alphabet and Warner Bros peers Paramount Global and Comcast Corp to warn about continuing weakness in the advertising landscape.

Warner Bros Discovery, home to hit franchises such as “Batman” and “Euphoria,” added 2.8 million new streaming subscribers in the third quarter, bringing its total to 94.9 million. It aims to reach about 130 million global subscribers by 2025.

Zaslav said changes to the service, such as offering recommendations to viewers after they finish watching a show and adding reality shows, helped increase viewer engagement. A merger of HBO Max and Discovery+ will debut on an accelerated timetable, in spring of 2023.

Analysts also called out the success of “House of the Dragon” as proving the importance of developing franchises such as “Game of Thrones.”

“In light of their underwhelming Q3 results, the success of ‘The House of the Dragon’ should be a source of relief,” said Max Willens, senior analyst at eMarketer.

The streaming business, which combined HBO Max and Discovery+, saw revenue fall 6% to $2.3 billion, reflecting an end to HBO Max’s distribution on Amazon Channels a year ago. 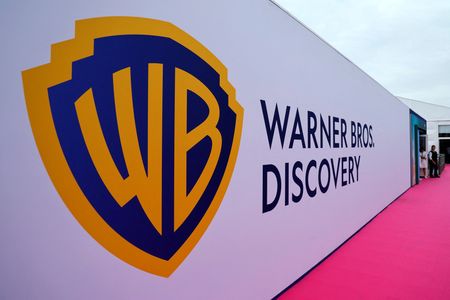 AIG to sell life and retirement unit stake to Blackstone, another with IPO