CHICAGO (Reuters) – Walmart Inc said on Thursday it would give nearly half its U.S. employees free Samsung phones by the end of the year so they can use an app the company has developed to manage shifts, clock in and stay in “constant communication.”

Walmart declined to share financial details, but the phone sells at $499.99 on Samsung Electronics Co Ltd’s website. It is common for big companies to strike heavily discounted deals with carriers and device makers when buying corporate phones in bulk.

The retailer, which tested the project earlier this year, said it would not be able to see personal data. It will be able to see work emails, installed work apps, web history on the phone’s work-specific browser, device specifications and clock-in locations.

People will only be able to access work apps while on their shifts, but can use the phones as personal devices, Walmart said.

The app – called “Me@Walmart” – can be used to check schedules up to two weeks in advance, ask for changes and request time off. It has a voice-activated assistant that helps locate products and is also designed to ensure workers can “instantly connect with one another” in stores. Using the phones is not mandatory.

“Constant communication is essential for our business. Walkie talkies were one solution, but not every associate has one,” Walmart executives Drew Holler and Kellie Romack said in a blog post. 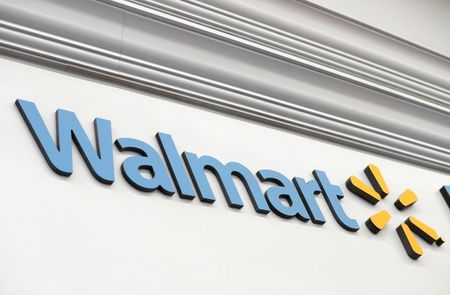 Explainer-What is the ‘S’ in ESG investing?