(Reuters) -Wall Street finished marginally lower on Tuesday, although the slightly subdued ending to August failed to detract from a strong monthly performance by its three main indexes, in what is traditionally regarded as a quiet period for equities.

Having all posted lifetime highs in the second half of the month, including four record closings in five sessions for the S&P 500 prior to Tuesday, the three benchmarks were weighed by technology stocks on the final day.

For the S&P, which rose 2.9% in August, it was a seventh straight month of gains, while the Dow and the Nasdaq advanced 1.2% and 4%, respectively, since the end of July.

The performance reflects the level of investor confidence in U.S. equities derived from the Federal Reserve’s continued dovish tone toward tapering its massive stimulus program.

“After all the monetary and fiscal interventions, the question is where do we go from here? Does the S&P go to 5,000, and how does it get there?” said Eric Metz, chief executive officer of SpiderRock Advisors.

While a strong recovery in economic growth and corporate earnings have boosted U.S. stocks, investors are concerned about rising coronavirus cases and the path of Fed policy.

U.S. consumer confidence fell to a six-month low in August, according to survey data from the Conference Board on Tuesday, offering a cautious note for the economic outlook.

A Reuters poll last week showed strategists believe the S&P 500 is likely to end 2021 not far from its current level.

“Where’s leadership going to come from, for equities to power higher? Is it earnings growth, is it growth versus value, technology or energy? This needs to be defined, but I think the next leg-up for equities will be sector driven,” Metz added.

Technology stocks have continued to garner interest from investors in recent days, given the benefits which lower rates have on their future earnings, although the sector’s index was among the worst performers on Tuesday.

Shares of Apple fell 0.8% after hitting a lifetime high in the previous session, while Zoom Video Communications Inc tumbled 16.7% as it signaled a faster-than-expected easing in demand for its video-conferencing service after a pandemic-driven boom.

Seven of the 11 major S&P sectors retreated. Among those that did not were the real estate and the communications services indexes, which closed at record highs.

Kansas City Southern dropped 4.4% in afternoon trading after the U.S. rail regulator rejected a voting trust structure that would have allowed Canadian National Railway Co to proceed with its $29 billion proposed acquisition of its U.S. peer.

Volume on U.S. exchanges was 9.84 billion shares, compared with the 8.98 billion average for the full session over the last 20 trading days.

(Reporting by Shashank Nayar in Bengaluru and David French in New York; Editing by Aditya Soni and Lisa Shumaker) 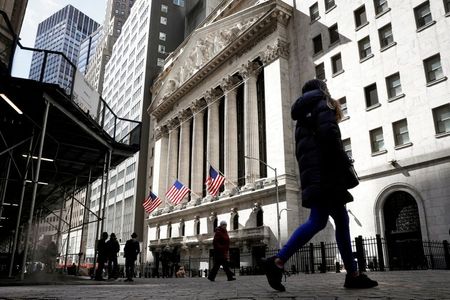 France opens probe into BNP Paribas over its role in Sudan

Ford to return to pre-COVID production rates in U.S. plants by...