“The combination of Jerome Powell’s comments and some disappointing earnings news was too much for investors to handle heading into the weekend. Moreover, market-based breakeven inflation expectations are climbing, providing a more powerful statement on the potential for persistent pricing pressures than headlines have been suggesting.

“We believe the concerns over the likelihood of 50-basis point rate hikes at the next two FOMC meetings is an overreaction.  Approximately $150 billion in securities on the Fed’s balance sheet are maturing over the next few months, suggesting the central bank could still be purchasing up to $100 billion in bonds, essentially offsetting any impact from the interest rate moves.

“In the months ahead, though, balance sheet reduction will not require elevated asset purchases, providing a better lever for the Fed to pull regarding rates and runoff.”

STEPHEN MASSOCCA, SENIOR VICE PRESIDENT, WEDBUSH SECURITIES, SAN FRANCISCO “The market has concerns inflation is going to prompt central banks to tighten further and faster than investors are comfortable with and that it will have a negative effect on asset pricing including stocks,” “Inflation is starting to have an impact on corporate earnings and we saw that today.”

“This has nothing to do with Fed and interest rates. The one thing that no one is talking about is the French election on Sunday. There is a lot of fear in Europe that Le Pen gets elected. Le Pen is a populist who’d be potentially anti-euro and the fear is that it could be a shock along the magnitude of what Brexit was. Because if Le Pen wins, the knock-on implication is that they might withdraw from the European Union or that would be a possibility that’s on the table.

“No one’s thinking about that. It was evident with the selling into the 11:30 a.m. close in Europe and then it carried through with margin calls in the U.S. through 2:30 p.m. No we’re getting a little relief, not much, after the margin calls at 2:30 p.m. This is all about the election on Sunday because that would be a something that nobody’s pricing in.”

“Markets are very uneasy about the growing likelihood of a policy error by the Federal Reserve.  When a Fed official suggests a 50 basis points hike, markets immediately start trying to price in 75 basis point hikes.  It’s madness really.  Most investors would be well served to ignore the machinations of the pricing craziness and wait to see what actually happens with rates.” 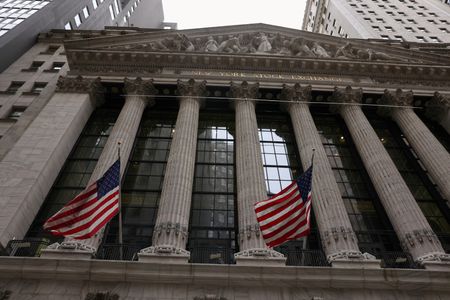 Sanctioned Russian oligarch steps down from board of BASF’s oil joint...