WASHINGTON (Reuters) – Wall Street accountants and lawyers are trying to figure out new equity agreements to lure investors back to the blank-check company market after the U.S. regulator cracked down on the use of warrants, six industry executives told Reuters.

They are discussing jettisoning warrants issued by special-purpose acquisition companies, or SPACs, in favor of rights agreements, or dramatically restructuring the warrants after the Securities and Exchange Commission (SEC) said many SPAC equity warrants should be considered liabilities.

The SEC’s surprise April announcement ground an already-slowing SPAC market to a halt as accountants and lawyers scrambled to figure out a fix with SEC staff, the people said.

SPACs are listed shell companies that raise cash to acquire and take public a private company, allowing targets to sidestep the stricter regulatory checks of an initial public offering.

“There are ongoing discussions between the auditing firms, the companies pressure-testing the SEC’s views,” said David Brown, an attorney with Alston & Bird LLP. “Certainly those companies that haven’t IPO-ed yet are looking for potential workarounds.”

SPACs typically offer common stock with warrants attached when listing. While some star SPAC sponsors have been able to forego warrants, most view the contracts as a key way to entice early investors who may have to lock up their cash for years.

The contracts grant SPAC sponsors and outside investors the right to buy common stock in the new entity created by the merger at a pre-agreed price, an attractive offer if the stock price rises. They also offer customized terms including anti-dilution protections and other provisions that mitigate potential losses.

But the SEC has taken issue with them in part because they often give some investors such as SPAC sponsors a better deal than public investors, the sources said. Retail investors in particular may struggle to understand the warrants’ complex terms or be unaware when they can redeem them, the SEC said.

Changing the classification means greater quarterly costs for the SPACs while they seek out targets and offers greater visibility into the fluctuations of their potential debts, sources said.

And warrants commonly have intricate pricing terms and provisions entitling holders to potential cash-payouts that are also more characteristic of debt than equity, the SEC said.

“The SEC may have been concerned sponsors were being enriched to a greater degree than other investors,” said Jeffrey Weiner, chief executive of auditor Marcum LLP, which handles over 40% of SPAC audit work, according to data from SPACInsider.

The SEC’s new stance means SPACs, instead of making a one-time equity valuation, would have to account quarterly for the warrants as debt, a costly process that will potentially make them less attractive to targets and other investors.

Restructuring the contracts post-IPO is complex and many SPACs in that phase have few options but to reclassify the warrants as liabilities on their books, which many have done, according to accountants and public filings.

“Doing this assessment every quarter can be time consuming and costly,” said Angela Veal, a managing director with accounting firm EisnerAmper LLP.

Sponsors looking to launch a SPAC IPO may have more options, said the Wall Street accountants and lawyers. They are trying to figure out an alternative instrument that would provide similar economic benefits as warrants and meet equity accounting treatment.

Rights agreements, equity contracts that also give investors the right to buy shares at a set price and date, are one alternative being considered, said Weiner and others.

Such contracts are commonly used by European companies to raise capital by offering shareholders a right to buy more stock, but it may not be possible customize rights agreements as tightly as warrants to mitigate investor risks, the people said.

Some pre-IPO SPAC sponsors are removing or tweaking the loss-mitigation provisions and complex pricing terms in a bid to satisfy the equity accounting rules, a move that may make it harder to woo early investors, according to filings and the industry executives interviewed by Reuters.

The discussions between the industry and the SEC are ongoing the people said and it was unclear the rights agreements or simpler warrant terms will fully address the SEC’s concerns.

An SEC spokesperson said agency staff “continue to make themselves available to consult on … accounting questions to facilitate capital formation and protect investors.”

In the meantime, some SPACs focused on hot sectors are striking the warrants altogether. Last week, for example, venture investor Chamath Palihapitiya launched four biotech SPACs without warrants, in what is likely to be a major test of investor appetite.

Industry executives hope finding new terms or something to replace warrants will provide a jolt to the flagging SPAC market.

“It’ll pick up again, but not the same pace it was,” Marcum’s Weiner said. 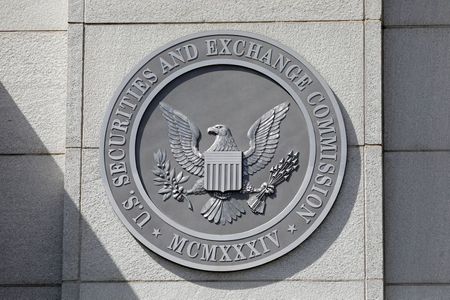 DuPont expects costs to balloon in 2022

McDonald’s, Starbucks, Coke and Pepsi all halt sales in Russia