(Reuters) – Wall Street’s three major indexes closed lower on Wednesday as investors bet that the latest economic data would do nothing to push the Federal Reserve off track from its aggressive interest rate hiking cycle aimed at taming run-away inflation.

Also U.S. manufacturing activity picked up pace faster than expected in May as demand for goods remained strong, easing concerns about an imminent recession.

Along with the data, investors were monitoring public comments from several Fed officials on Wednesday. And a Fed report showed the economy in most U.S. regions expanding at a modest or moderate pace from April through late May with signs the Fed’s efforts to cool demand were being felt.

But strategists said they expect the market to trade roughly sideways until inflation slows to the extent that investors could realistically bet on a pause in rate hikes.

“Unless and until we get the sustained move lower in inflation, we can’t put that notion of a pause on the table,” said Mona Mahajan, senior investment strategist at Edward Jones, who will closely monitor the May jobs report due out Friday and inflation readings due next week.

Investors have been watching economic data closely for clues as to what it might mean for interest rates.

“There wasn’t any information to be found in today’s releases that’s likely to lead the Federal Reserve to become any less aggressive or to tone down its hawkishness in its rate hike campaign,” said Mark Luschini, chief investment strategist, Janney Montgomery Scott.

Also on Wednesday, San Francisco Fed President Mary Daly said she sees half-point interest rate hikes in the next couple of meetings as the central bank battles high inflation, lifting rates to 2.5% as quickly as possible. This was in line with comments from Fed Governor Christopher Waller on Monday.

Jamie Dimon, chief executive of JPMorgan Chase & Co, described the challenges facing the U.S. economy akin to an “hurricane” down the road and urged the Fed to take forceful measures to avoid tipping the world’s biggest economy into a recession.

Among the S&P’s 11 major industry sectors energy was the sole gainer, finishing up 1.8% as oil prices rose.

The biggest laggards were financials, down 1.7%, and healthcare, which was the biggest drag on the S&P 500, finishing down 1.4%. The consumer staples sector lost 1.3% while materials and real estate also closed down more than 1%.

Uncertainty about Fed policy, the war in Ukraine and prolonged supply chain problems stemming from COVID-19 lockdowns in China have hammered stocks, with the benchmark S&P 500 index falling almost 14% year-to-date.

Stocks will be unlikely to break out on the upside before the market has more clarity on inflation and the consumer’s ability to keep absorbing higher prices as well as Fed actions, said Luschini at Janney Montgomery Scott.

“There’s nothing imminent, that seems likely to catalyze shedding all the worries that have driven the market down to the levels that we’re at right now,” he said.

The benchmark U.S. 10-year Treasury yield had climbed to 2.92%, its highest in two weeks.

Late in the session, Meta Platforms tumbled and was the second-biggest drag on the S&P after Chief Operating Officer Sheryl Sandberg said in a Facebook post that she would leave the company after 14 years. It closed down 2.6%.

Salesforce finished up 9.9% after the enterprise software firm raised its full-year adjusted profit outlook and said it did not see any material impact from the uncertain broader economic environment.

Declining issues outnumbered advancing ones on the NYSE by a 1.64-to-1 ratio; on Nasdaq, a 1.90-to-1 ratio favored decliners.

On U.S. exchanges, 11.45 billion shares changed hands compared with the 13.25 billion average for the last 20 sessions. 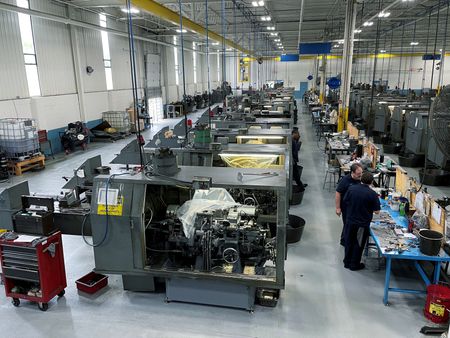 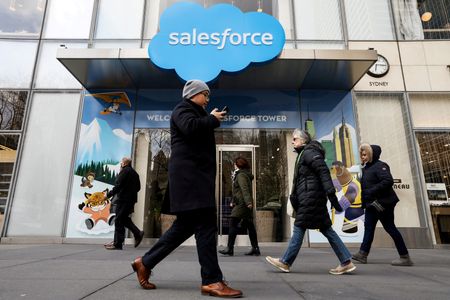 U.S. airlines grapple with Omicron-related disruptions on last day of the year

(Reuters) - Bringing down inflation is...

Germany preparing for change of control at Rosneft refinery -minister