WASHINGTON (Reuters) – Volkswagen AG’s top U.S. executive met with the head of the Environmental Protection Agency on Thursday to talk about electric vehicles and the push toward cleaner cars as the Biden administration works to revise vehicle emissions rules.

Scott Keogh, president and chief executive of Volkswagen Group of America, spoke with EPA Administrator Michael Regan and reaffirmed the company’s support for an emissions deal with California.

Ford Motor Co, Honda Motor Co, Volkswagen and BMW in July 2019 struck a voluntary agreement with California on reducing vehicle emissions through the 2026 model years which would allow them to meet a single nationwide standard.

General Motors Co on Wednesday threw its support behind the overall emissions reductions in California’s 2019 deal but asked the Biden administration to give automakers more flexibility to hit the carbon reduction target between now and 2026.

Regan has spoken with GM, Stellantis and Toyota Motor Corp executives this week as the EPA plans to announce a proposal to revise the Trump emissions rules.

“It’s clear more automakers now feel the same way and that’s a good thing. We welcome them to the table. Electric mobility for all will only take hold in this country when everyone is all in – industry, state and federal government, consumers,” Keogh said in a statement to Reuters.

The Trump administration in 2020 finalized a rollback of vehicle emissions standards to require 1.5% annual increases in efficiency through 2026, well below the 5% yearly boosts in Obama era rules it discarded.

The Center for Biological Diversity estimates the California deal will improve fuel economy 3.7% year over year between 2022 and 2026.

The largest German automaker has embraced electric vehicles after it came under fire for diesel emissions cheating. Volkswagen said in March it expects half of its U.S. sales by 2030 to be EVs and is spending tens of billions on EVs.

Volkswagen admitted to using illegal software to cheat U.S. pollution tests in 2015, allowing up to 40 times legally allowable emissions and in 2017 pleaded guilty to fraud, obstruction of justice and falsifying statements as part of a $4.3 billion settlement reached with the Justice Department. The scandal has cost VW more than 32 billion euros ($39 billion) so far. 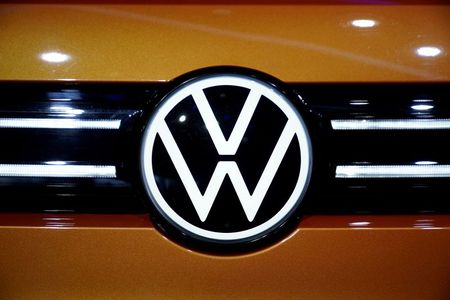 Tether says it has completely eliminated commercial paper from reserves