BERLIN (Reuters) – Volkswagen plans to continue operations at its plant in China’s Xinjiang region despite reports of human rights violations there, the chief executive said in comments published by the Handelsblatt newspaper on Monday.

The German carmaker, which has a joint venture with China’s biggest automaker SAIC Motor, has since 2013 run a plant in Urumqi, the capital of the western region where Western nations and rights groups say ethnic Uyghurs face torture and detention.

“I believe that the presence of SAIC Volkswagen leads to the situation improving for people,” Chief Executive Herbert Diess was quoted as saying.

“We travel there, and like everywhere in the world we ensure our labour standards are implemented, and that cultural and religious differences are respected,” Diess told Handelsblatt.

He said any evidence of wrongdoing at the Xinjiang plant would be met with a “massive” response, according to the report.

Germany’s Economy Ministry has refused to provide VW with guarantees to cover new investments in China because of the alleged human rights violations, according to a Friday report in Der Spiegel.

Volkswagen has also faced pressure to address human rights concerns in Brazil, where public prosecutors have launched an investigation into alleged human rights violations linked to a cattle farm in the country. 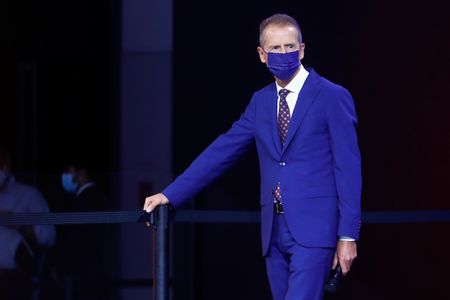