FRANKFURT (Reuters) -Virgin Money UK will close almost one in five branches in the coming months as more customers shift to online banking, the British bank said on Thursday, the latest lender to cut back its high-street presence after the pandemic.

The bank, which had promoted its branches as “community-focussed spaces” to “brighten … lives”, said customer’s willingness to bank online or using their mobile phones had prompted it to scale back.

Announcing the cuts, it said there was an ever greater willingness to use “digital self-service”.

It will close 31 of its 162 branches in the coming months. It will also cut its office space, a move the bank said would give staff greater flexibility around their working location.

Several banks paused branch closures in the early months of the pandemic but several have resumed cutbacks.

Earlier this year, HSBC announced plans to cut 82 branches. In the second half of 2020 Britain’s biggest domestic lender Lloyds resumed plans to cut 56 branches and Sabadell’s TSB announced it was axing 164 branches.

Such closures are controversial because they can hurt some customers, who prefer branches to the internet.

When Clydesdale Bank merged with Virgin Money in 2018 the group had a combined total of 245 branches but that will fall to 131 after these latest closures.

Earlier this year, Britain’s Financial Conduct Authority told banks to rethink moves to close branches during the pandemic lockdown, fearing it could be to the detriment of customers.

Virgin said the closures would trigger a restructuring charge of 25 million pounds ($34 million) in the fourth quarter. It will also book a 20 million pound charge from cutting back and modifying its office space.

The bank said its restructuring charges for 2021 as a whole will now be 145 million pounds in total. 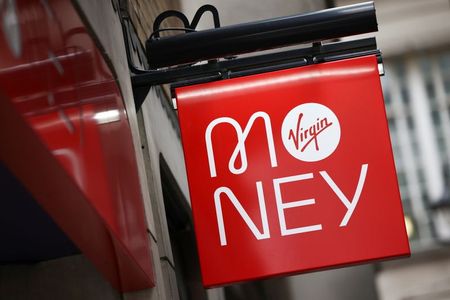 Airlines warned over safety as jets return from pandemic storage