(Reuters) – Verizon Communications Inc on Friday tempered its full-year forecasts for profit and wireless service revenue as its spends heavily on upgrading its network, while rising inflation stops customers from opting for newer or pricier plans.

Shares of the company were down 3% in premarket trading.

Verizon said it now expects full-year adjusted profit at the lower end of its $5.40 to $5.55 per share forecast range, while analysts estimate a profit of $5.45, according to IBES data from Refinitiv.

The U.S. telecoms landscape is highly competitive, with Verizon, AT&T Inc and T-Mobile US Inc fighting fiercely for customers with innovative plans and packages. However, the companies are starting to feel the heat from rising inflation and its impact on consumer spending.

“Obviously the competitive environment in wireless remains strong. Some costs are going to be higher than we initially thought for the year – we’re seeing inflation rates and the impact on interest expense,” Chief Financial Officer Matt Ellis told Reuters.

The company reported an adjusted profit of $1.35 on revenue of $33.6 billion for the first three months of 2022, in line with Wall Street’s estimates.

“As people’s wallets are getting impacted by inflation, towards the back-end of the quarter we saw a little bit of reduction in overall foot-traffic,” Ellis added.

It also expects full-year wireless service revenue growth at the lower end of the previously guided range of 9% to 10%.

The company reported a loss of 36,000 monthly phone subscribers in the first quarter, compared with Factset estimates of a loss of 49,300. 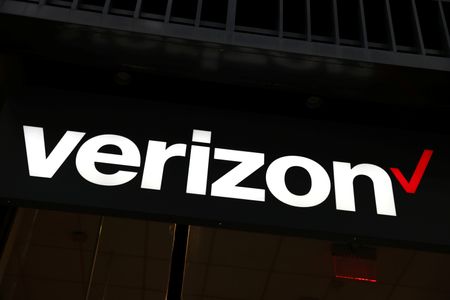 WTO chief warns of rocky road to deals amid ‘polycrisis’