By Marianna Parraga and Deisy Buitrago

HOUSTON/CARACAS (Reuters) -Venezuelan petrochemicals produced by joint ventures between state-run chemical firm Pequiven and foreign partners have arrived in the United States, despite Washington’s efforts to limit trade with the OPEC oil and gas producer.

At least two cargoes of methanol, a widely used industrial product whose prices have soared this year, have discharged at Houston area ports since October amid a rapid expansion of the South American country’s global sales of petrochemicals and oil byproducts, according to tanker tracking and U.S. customs data.

The shipments represent a new and unreported effort by Venezuela to boost revenues despite U.S. sanctions on its oil industry that cut vital crude exports to the lowest in 77 years.

U.S. sanctions were designed to oust President Nicolas Maduro, whose last election Washington views as a sham. Maduro insists the 2018 vote was free and fair.

Mitsubishi Corp resumed exports of methanol to the United States in 2021 from its Venezuelan joint venture Metor after a suspension of a couple years, a Mitsubishi spokesperson told Reuters. Metor’s shareholders include Petroquimica de Venezuela, or Pequiven.

Venezuela’s main oil port of Jose was listed as the point of origin on U.S. customs records of one of the two methanol shipments, but both sailed directly from Venezuela, Refinitiv Eikon tracking data showed.

Names of the buyers and sellers for the two methanol cargoes that arrived in Houston were redacted on the U.S. customs data, which were provided to Reuters by consultancy IHSMarkit.

The U.S. Treasury Department and the U.S. Customs and Border Protection agency declined to comment on the shipments.

Pequiven, which did not reply to Reuters requests for comment, said on Twitter in July that Metor was exporting methanol to Europe, South America and Asia.

A U.S. executive order in 2019 subjected the Venezuelan oil industry to sanctions and this was used to blacklist state oil company PDVSA and its subsidiaries. A subsequent order broadened sanctions to cover companies owned or controlled by the government. State-run Pequiven and Venezuela’s petrochemical operations were not specifically named.

“Metor itself should not be subject to sanctions,” said Daniel Pilarski, a partner at New York-based law firm Watson Farley & Williams LLP who specializes in cross-border transactions and U.S. trade sanctions.

“However, if Pequiven were the ultimate originator of the methanol, then there could be a risk that any shipment to the United States would be treated as the indirect receipt of goods from Pequiven, which would be a violation, even if Pequiven never received payment,” Pilarski said.

Companies exporting Venezuelan methanol to the United States could obtain a license from the U.S. Treasury to permit the trade or take other steps to ensure Pequiven was not treated as the indirect seller, he said.

Methanol, produced in Venezuela from natural gas, can be found in everyday products including gasoline, paints, carpeting and plastics. U.S. imports have outweighed exports in recent years, according to IHSMarkit.

On Oct. 7-11, tanker PVT Aurora discharged about 16,900 metric tonnes of Venezuelan methanol in Texas. A portion of the cargo was handled by Intercontinental Terminals Company’s (ITC) Deer Park chemicals terminal, according to Refinitiv Eikon data.

An ITC spokeswoman did not reply to requests for comment.

The Vietnam-flagged vessel traveled from the Jose port, which serves PDVSA and Pequiven.

A second 20,000-tonne cargo of Venezuelan methanol followed a similar route in November on tanker Sakura Advance, which discharged some of its cargo in Houston on Nov. 11-13 and another parcel at South Louisiana Port days later, according to the Eikon data.

Italy’s Eni also produces methanol in Venezuela via Supermetanol, its 50:50 venture with Pequiven.

“Eni’s affiliate holds a stake in a methanol plant located in Venezuela and deals with the marketing of its equity production in respect of all applicable laws and regulations related to economic and financial sanctions, trade embargoes and similar laws,” an Eni spokesperson said.

Pequiven and PDVSA have ramped up exports of petrochemicals and oil byproducts that are not as valuable as crude and until recently had not been a priority, an analysis of internal data from the two companies showed.

But shipments of petrochemicals and oil byproducts have climbed, including exports of methanol, sulfur pastilles, urea, natural gasoline, light virgin naphtha and petroleum coke, according to the data. This was confirmed by three people familiar with the matter, who declined to be identified as they were not authorized to speak publicly.

Low prices offered to buyers for the petrochemicals from Venezuela have boosted exports, generating income that has partially been used by some of Pequiven’s joint ventures to reopen and revamp production units, the people said.

“The plants are in recovery process as proceeds from sales have allowed,” one of the people said. “Even the United States is opening its doors to Venezuelan methanol.”

From January to October, PDVSA and Pequiven exported about 1.75 million tonnes of petrochemicals and byproducts, putting the trade on track this year to double the 1.03 million tonnes exported for the whole of 2020, according to the internal data.

Shipments of methanol this year ranged between 20,000 and 60,000 metric tonnes per month, mostly bound for the Netherlands, Spain, Japan and China, according to the data and the three people.

Prices for Venezuelan methanol differ based on destination. They fetched $130 to $140 per tonne for November-December delivery, one of the people said. That is below U.S. spot prices, which range from $450 to $690 per tonne. Experts say prices vary widely depending on quality and delivery terms, such as freight rates.

By comparison, a tonne of benchmark Venezuelan Merey crude for November delivery had a market price of about $395.

(Reporting by Marianna Parraga and Gary McWilliams in Houston and Deisy Buitrago in Caracas; additional reporting by Yuka Obayashi in Tokyo, Matt Spetalnick in Washington, and Stephen Jewkes in Milan; Editing by Edmund Blair) 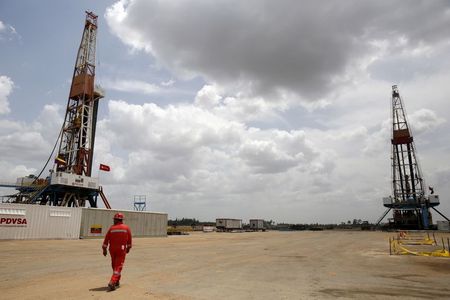 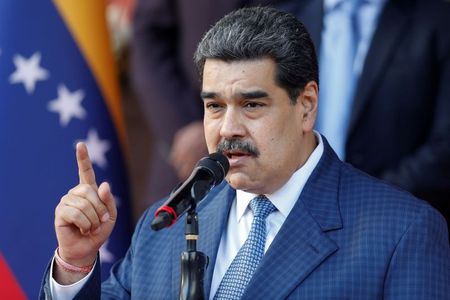 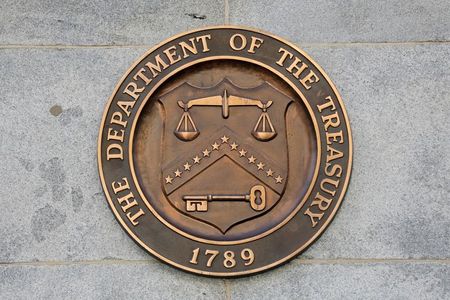 Exclusive-BlackRock backs 3 dissidents to shake up Exxon board -sources

Musk says Tesla has not signed a contract with Hertz yet, halts stock rally

Ireland to back global tax deal if concerns met – minister