Home Stock News US Stock market sheds $11.5 trillion of gain in a matter of... 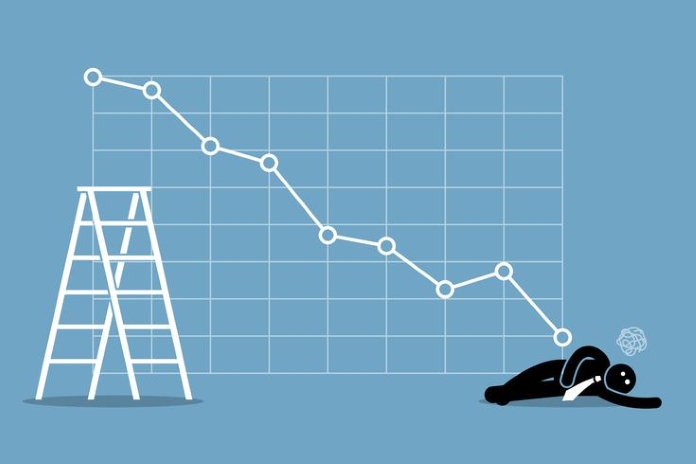 Last year in August, President Donald Trump proudly announced that the stock market has had a gain of nearly 50% since the time he stepped in as the President of the United States. He further stressed on the fact that people will vote for him even if they hate him or else, they should be ready to lose out money on the 401 (K) fund. The market was on its boom at that time and even 3 weeks back from now, the statement did make sense. However, tables have turned now and the coronavirus pandemic has taken away all that was with the US stock market since the time Donald Trump took his oath as the President.

To speak numbers, the market has wiped off $11.5 trillion of gains that were earned from the time Trump gained power. On Thursday, the stocks plummeted badly and as a result, the entire stock market headed towards a bear market situation. Due to the fear of term-recession, investors are fleeing from the market to save their profits and principal amount of investment.

As per the Russell 3000 index, the total market cap lost by US equities was around $11.5 trillion. The current market cap is more or less equal to that of the time when Trump took charge of Presidentship. The Russell 3000 index aims to keep a track of the 3000 major public companies based in the US. On an average, the index reflects 98% of the US equity market.

Given the state of the economy, Democrats have urged the Whitehouse to declare a state of emergency and offer the market some significant fiscal relief in the coming days. ON Thursday afternoon, the Fed announced a $1.5 trillion capital market injections to the market in order to boost the falling indices.

The swift growth of coronavirus and the oil price war between Russia and Saudi Arabia are the major reasons why the market lost such a huge share of gain over the last 20 trading days. Oil faced a 32% price drop on Monday and this was the most it had dropped since the year 1991. The decline in price was enough to pull the stocks down majorly and record the worst drop since 2008. At this moment, every government measure is failing to work on the market and this is why the investors are shifting to the safe havens. The recent travel ban by Trump will also leave a significant impact on the market in the coming days. Such a steep drop into the bear market is in itself a record for the US stock market and a nightmare come true for the investors and traders.

By Hideyuki Sano and Alwyn Scott ...

Walmart plans to fill online orders with help from robots at some U.S. stores

Exclusive: Europe to pay less than U.S. for Pfizer vaccine under...