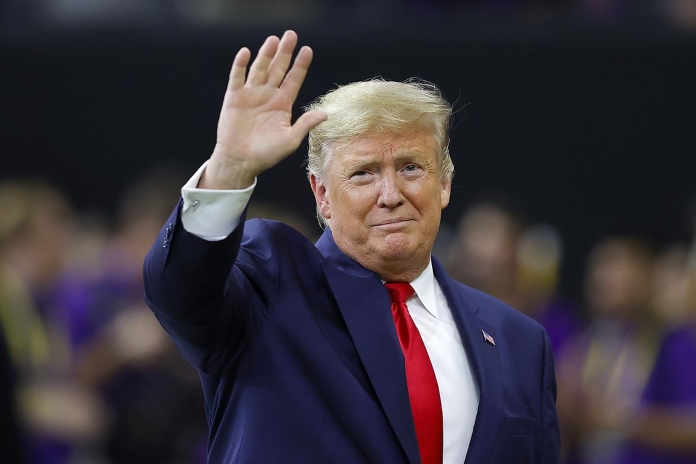 Just after the US Stock market had one of its worst days in recent years, President Trump held a oppress conference. He addressed the economy as it faced a historical drop on Monday and further assured that he had drastic fiscal support to wipe off the risk appetite from the market.

Just after Trump called for dramatic actions to hold up the economy, the major US Stock indices showcased positive trending in the futures. The Nasdaq leaped about 2.7% while Dow Jones and S&P both saw a jump of 2.5% in the futures. After the president’s conference, the optimism also made a comeback to the oil market. Crude rallied 4.5% to go above $32/ barrel. The demand for safe-haven such as Gold dropped and it led to a drop of 0.4% in gold prices, taking it to $1667. The USD regained some ground as Japanese Yen lost 0.6% USD/JPY.

After Trump confirmed the risk mode, the 10-year Treasury rallied by 0.6%. Such gains and positive reports came in the futures after a lot of days of tough times for the stocks. Because the stock market was beaten down since last week, Monday saw its complete dismissal. The huge 2000-point drops seemed like a disaster and it truly was a historic drop.

Market brightens up after assurance from Donald Trump

President Trump rushed to Washington D.C. after the historic drop and assured the nervous Wall Street that the financial debacle can be stopped and he has reserves to help in getting it fixed.

Although, the ideas of Trump seemed abstract as he didn’t reveal what was planned to bring the economy back on track. However, his words such as “very substantial relief” and “very dramatic actions” seemed to have done the trick of pushing the US Stock market futures high.

Wall Street gleefully enjoyed the rate cut by Federal Reserve and it hoped for further rate cuts in the coming days. This suggests that the market requires fiscal support more than anything else at this moment. While the market was reeling from the fact that crude oil prices had dropped substantially, president Trump played the optimist. In a recent tweet, he exclaimed that the drop in crude oil prices meant good news for the consumers as the prices of Gasoline is set to go down. It is clever on part of the President, to sum up, the positive effects of this fall for the customers.

All of these point towards a positive start for the stock market on Tuesday after a steep decline on Monday.