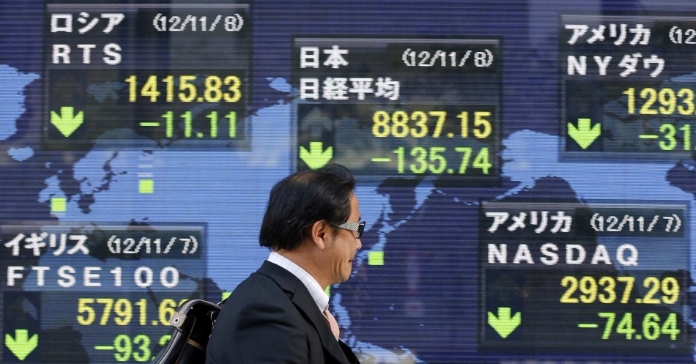 The emergency spending bill that is about to get sanctioned by the Congress has brought a wave of positivity in the market. It is after nearly a dozen years that the US stock market has such a session and this is why the Asian stocks rallied to better points in the day.

The decline in the US equity futures was expected because since the first week of February the market hasn’t witnessed back-to-back days of gains. The Asia Pacific indices performed well enough on this day as markets in South Korea, Hong Kong, and Australia took a jump of around 3%. On the other hand, the market in Japan was up by 5% while the S&P 500 surged by 9% on Tuesday. The Shanghai Composite Index in China also showcased a gain of 1.9% on Tuesday. The value of the dollar extended its decline to reduce finding stress on the market and its competing currencies got an edge on the day over Dollar. The Government treasury bonds were more or less flat on the day.

It is estimated that more than $20 trillion of money has been wiped off the stock market since the end of January. Investors and traders are overweighed with this wreckage and expect a swift and lasting rebound soon enough. Speculations suggest that the liquidation in Wall Street has nearly come to an end and the real-money investors such as the pension funds are ready to step into the market now. Also, the signs of improvement in areas where the virus had its worst effect are truly positive for all. However, the number of infected people is constantly on the rise globally and this, in turn, is putting the significant economies to a screeching halt.

Having cash in hand is the best opportunity right now as it will come handy in investing when the fiscal stimulus is passed by the Congress. One or two months after the bill is passed, the market would be a great place to venture with the cash in hand as per experts. However, a slowdown of virus cases is required in the US as well as globally or else this fluctuation phase will continue for long. There will be a day when the market will surge high and lead to relief-rally and then the subsequent day will get immensely scary as the market will plummet once again.

The DOW index gained as much as 11% in one single day on Tuesday and it is the biggest the market has ever scored in a single day since 1993. The worst-hit are the manufacturing and production units of the US and it is understandable given the fact that the Coronavirus has had an immense impact on the economy. The prices of Gold on Tuesday remained steady while Oil prices gained.

Dollar up on fears of new pandemic wave, unemployment claims

By Carl O'Donnell and Jarrett Renshaw ...

By Ben Klayman and Nick Carey ...

Pfizer to start pilot delivery program for its COVID-19 vaccine in...