Home Stock Sectors Markets US Dollar – The only winner amidst all the losers? 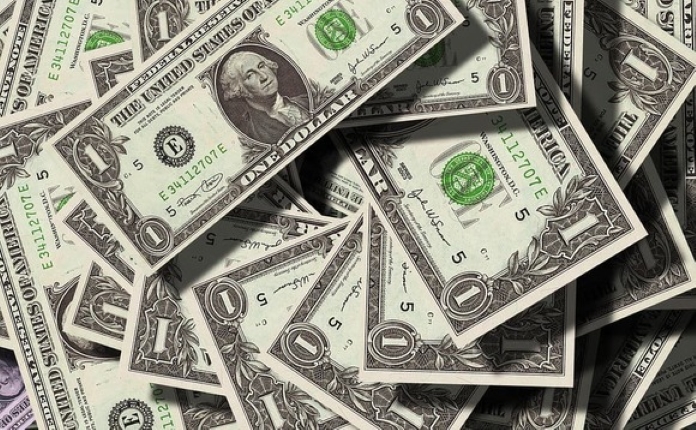 Despite drastic action from the administration and government, nothing could bring the much-needed calm to the US stock market. The Asian stocks have been constantly sinking while the European and US market just remained afloat with more or less nothing in their gains. Keeping all of this aside, the only thing to be benefitted is the dollar! It went ahead of the others and such growth has left the investor reeling for more cash in hand and hence selling of stocks.

The US stock market took a slight jump after the news of the European Central Bank offering $821 billion to keep that market steady struck shore. The support by ECB is a part of the various measures taken up by central banks to stabilize the economy in this period of drastic economic slowdown due to coronavirus fear.

When the European stocks were on the way towards gains, the Asia Pacific market faced a rough session. The circuit breaker was ticked off at the Korea Exchange and trading took a momentary halt as the benchmark KOSPI lost 8.4%. Though KOSPI was the region’s worst drop, other equities too were headed towards a drop on the day. Hong Kong’s Hang Seng Index dropped 2.6% while China’s Shanghai Composite Index lost 1%. Australia’s S&P/ASX also suffered a drop of about 3.4%.

Previously, the Bank of Japan also offered to buy 1 trillion-yen value of Japanese Government Bonds in an unplanned move to boost the market. However, Japan’s Nikkei 225 also lost 1%.

Analysts at UBS Global Wealth Management CIO stated that the constant ban on travel and the rising number of coronavirus globally is outweighing the various measures planned by the central banks and policymakers. Volatility is likely to remain constant or even worsen if the number of cases in the western world doesn’t reduce soon enough. While currencies throughout Asia kept losing their value, the dollar jumped to its record high. The Japanese yen is regarded as the traditional safe-haven currency and the dollar has also beat it to rise immensely in its value. The current market only hints that the strength of the dollar is about to increase in the coming days.

VW gauges interest in Ducati brand as a prelude to potential sale: sources

Nissan to set out survival plan after expected annual loss

Boeing 737 MAX to fly again in Europe, angering some crash...