SANTIAGO (Reuters) – A Chilean union at Albemarle Corp, the world’s top lithium producer, said on Monday it had rejected the company’s latest labor contract offer, leaving workers to continue a walk off that has extended for more than a month.

The 135-member “Albemarle Salar” union, which comprises about half the workers at its key Salar production plant, went on strike in August after failing to reach a deal with the U.S.-based lithium miner. The company maintains the extended walk-off has yet to hit its output of lithium.

The union said in a statement issued Monday that the latest deal offered nothing beyond two prior proposals that were also rejected. The union called the contract offer “discriminatory” and said it would only foster salary inequality among its workers.

Albemarle told Reuters it regretted the union’s decision but rejected its claims of unfairness.

“The Salar [union] aspires to a bonus for the termination of the conflict that is much higher than that of the other three unions with which we successfully concluded collective bargaining,” the company said in a statement.

Albemarle’s Atacama operations in Chile are a vital source of the ultralight white metal used in batteries that power electric vehicles. Competitor SQM operates nearby.

The company, which struck labor deals with its three remaining Chilean guilds earlier this year, said again on Monday it had a “solid” contingency plan that assured it could continue to meet its customers needs during the walk-off.

The union has alleged the miner had been flying workers in by helicopter to replace those on strike, a practice it said violated union rights.

Albemarle extracts lithium-rich brine from beneath the salt flat at its Salar plant, then processes the distilled brines into battery grade lithium carbonate at its La Negra chemical plant near the city of Antofagasta in northern Chile. 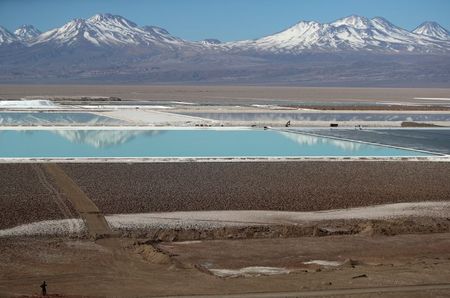