LONDON (Reuters) – Britain’s lowest-paid workers, already hardest hit by the COVID-19 pandemic, will be most at risk from expected rises in unemployment and job insecurity later this year, researchers said on Monday.

The Resolution Foundation, a think tank that studies living standards, said low-paid workers were returning to their jobs from furlough leave in large numbers.

But the furlough scheme, which has a high concentration of low-paid workers in sectors like hospitality, is due to close in September – raising the risk that many of these workers will be left unemployed, the Resolution Foundation said.

Its research showed workers ranked in the bottom fifth for pay were three times more likely to have lost jobs, hours or have been furloughed than the top-paid fifth.

“Big risks still lie ahead. Low-paid workers are most at risk from the expected rise in unemployment later this year, which also risks causing greater job insecurity,” said Nye Cominetti, senior economist at the Resolution Foundation.

“The government can salute the vital contribution of Britain’s low-paid workers by offering them a new post-pandemic settlement – from better pay via a higher National Living Wage to greater security of working hours, and proper enforcement to tackle labour market abuses.”

Last month, the Bank of England slashed its forecasts for unemployment to show a peak of 5.4% in the third quarter after finance minister Rishi Sunak extended his jobs protection programme – which has cost more than 60 billion pounds ($85 billion) so far – until the end of September. 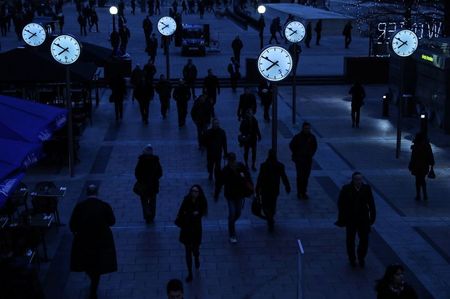 Factbox-U.S. business leaders who lost their jobs over personal relationships