It said it had seen “particularly encouraging growth from its stores”, while higher full-price sales of seasonal ranges helped boost margins by 160 points in the quarter.

Chief Executive Nick Wilkinson said: “Whilst there are several macro uncertainties to be navigated, we feel well placed to continue to deliver profitable growth across all channels and grow market share.”

Dunelm said that as long as there was no significant new COVID-19 related disruption it expected its full-year pretax profit to be materially ahead of market expectations.

Its shares were trading up 5% in morning deals, as broker Peel Hunt upgraded its full-year pretax profit forecast by 27 million pounds to 206.1 million pounds.

Dunelm was a “business on form,” the broker said, with a proposition that was continuing to resonate strongly with customers.

Before the update, analysts on average were forecasting Dunelm’s pretax profit to come in at 181 million pounds, according to a company-compiled consensus. 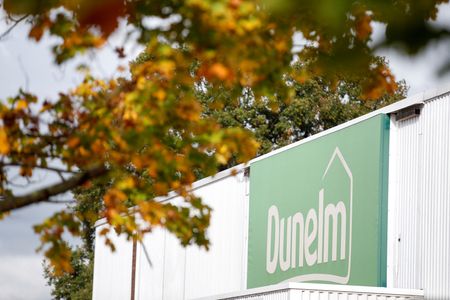 JPMorgan’s Dimon blasts bitcoin as ‘worthless’, due for regulation