By Leigh Thomas and William James

PARIS/LONDON (Reuters) -British finance minister Rishi Sunak is pushing for financial services firms to be exempt from a new global tax system which was agreed last week by the Group of Seven (G7) economies, sources familiar with the negotiations said.

One of the officials said Britain – home of Europe’s biggest financial hub – had put a carve-out for banks and other finance firms on the table in technical discussions over how to make the plan work.

G7 finance ministers on Saturday announced that they had agreed on a system to make multinationals pay more tax in countries where they operate, alongside a minimum global corporate tax rate of at least 15%.

The deal was hailed as a sign of renewed global cooperation by the United States under President Joe Biden who is due to arrive in Britain on Wednesday ahead of a summit of G7 leaders.

But the United States is opposed to any push that specifically targets U.S. tech companies while Britain is keen to avoid another hit to its banks after Brexit cost them access to markets in the European Union.

A British source stressed that the Organisation for Economic Co-operation and Development, which is leading the reform of the global tax rules for companies, had proposed last year that financial services firms be excluded from the scope of ‘Pillar 1’ of tax changes.

Banks typically pay taxes locally on profits made in different jurisdictions, the OECD said in a paper in 2020.

Details of the deal are due to be discussed by the wider Group of 20 countries next month.

“The global tax agreement backed by G7 finance ministers reforms the global tax system to make it fit for the global digital age, achieving a level playing field for all types of companies,” a British Treasury spokesperson said.

A spokesperson for UK Finance, an industry group, said the taxation system should seek to ensure the UK remained an attractive place to do business and enabled the banking and finance sector to support the economic recovery.

A spokesperson for the City of London financial district said the sector already pays more than 10% of total government receipts from all taxes, and the agreement being negotiated at the OECD aims for the system to be fair.

“We hope that negotiations will deliver a deal that addresses the challenges of the post-pandemic recovery… whilst providing a fair tax regime for multinational corporations including financial services,” the City spokesperson said.

Britain’s banks already have to pay a levy on balance sheets and surcharge on profits, something Sunak has said he is reviewing.

(Additional reporting by Huw Jones in London and by Akriti Sharma and Kanishka Singh in Bengaluru; Editing by William Schomberg and Toby Chopra) 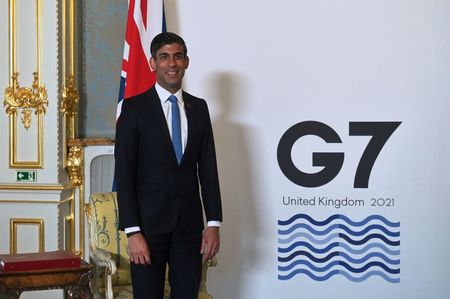 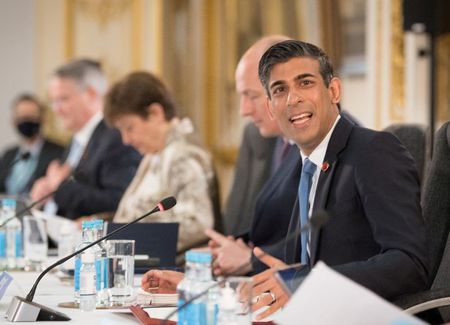 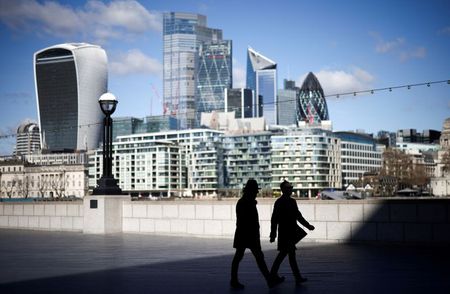