Speaking at the Reuters Responsible Business 2021 conference, Alok Sharma, president of the United Nations’ next round of talks, COP26, said moves from companies could prompt governments to take firmer action themselves.

“To make bold commitments, governments need to know that they will be welcomed and not resisted by business, so we’re urging all companies and all investors to join the race to zero campaign ahead of COP26,” he said.

The Race to Zero campaign brings together a coalition of net zero initiatives from across the world under one umbrella, aiming to accelerate action heading into COP26.

By joining the initiative, which Sharma called “a gold standard”, businesses would commit to reach net zero emissions across their operations by 2050 at the latest, using science-based targets.

“These are robust and rigorous targets based on the science that show net zero is not some vague aspiration for a distant point in the future but a concrete plan for the here and now.”

“We’re at a critical point in the fight against climate change. A climate action that is not in line with the Paris agreement is simply not enough,” Sharma said.

With more countries joining the net zero campaign, businesses would ultimately have to shift to greener practices or “fade away”, he added.

“Joining race to zero ahead of COP26 can keep you ahead of the curve and being part of this campaign can save you money by encouraging you to work more efficiently.” 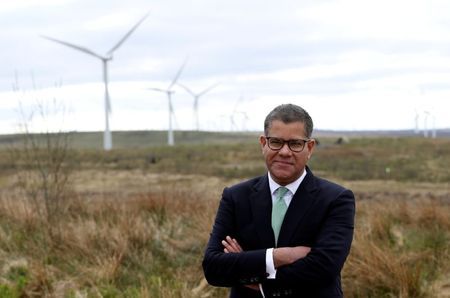