CARBIS BAY, England (Reuters) – Britain and the United States committed to settle a trade dispute over civil aircraft subsidies on Thursday in a joint statement issued by both countries following a meeting ahead of the G7 summit in England.

“We commit to the rapid settlement of the Large Civil Aircraft dispute,” said the statement, which was issued shortly after British Prime Minister Boris Johnson met U.S. President Joe Biden.

“We will therefore work closely to identify and pursue opportunities to deepen our already extensive trade relationship.” 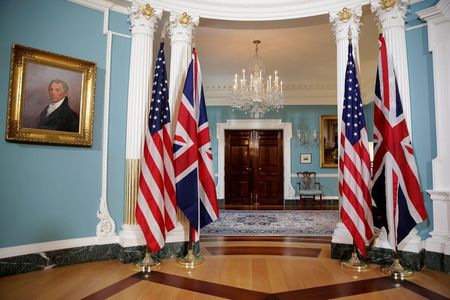 Mexico warns migration will not slow without more U.S. investment in Central America

BA cancels flights after IT failure, says it was not a cyber attack