The world’s biggest wealth manager is trying to improve its digital services to reach customers outside its super rich core client base, with a new online platform called MyWay open to people with 250,000 Swiss francs ($278,000) upwards.

UBS’s emphasis on a digital approach to customers highlights a major shift in the world of private banking, where human connections and personal contact are usually the key to doing business with the very wealthy.

The project, started in May last year before Hamers’ became CEO, has the potential to pull in $30 billion within the next 12 months, a source familiar with the matter said. A UBS spokesman confirmed that target and current assets of $3.7 billion.

At UBS’s first-quarter results in April, Hamers unveiled an unexpected new strategic focus – that the bank would target private clients, or those with up to $5 million with the bank.

“(This) is a trend where we expect further growth and fast growth,” he told analysts at the time. “That’s where you can expect our resources to go.”

Hamers made a comparison with video and music streaming services Netflix and Spotify, where people get personalised recommendations they can click on. “If we can make our content available in that way, we can differentiate ourselves,” he told analysts.

Vontobel analyst Andreas Venditti said that for an institution that already banks more than half the world’s billionaires, the much larger pool of the globe’s 1% of millionaires presents a major opportunity.

Since being rolled out to new markets in Asia in October, MyWay has attracted interest ranging from smaller clients to some billionaires.

Bruno Marxer, who heads global investment management for UBS’ chief investment office, said in the past clients could be overwhelmed by the choices offered to them.

“But being able to drag and drop and play around with different elements that fit their personal needs and preferences is a much more intuitive and frankly enjoyable way to build an investment portfolio for many people,” he said.

The lion’s share of assets are from Swiss clients, but MyWay has attracted larger tickets out of Asia, where it has netted nearly $1 billion since launch, Roberto Rango, UBS’ head of advisory and sales for customer systems in Europe, said. Additional European markets are planned.

Customers currently access MyWay through advisers, but the bank also plans to make it available remotely.

“Soon clients will be able to access a microsite where they can explore the concept… and simulate a portfolio,” Rango said, adding that investment decisions would be made in discussion with an adviser.

MyWay is just one of at least five digital roll-outs the bank unveiled for wealth management and its advisers last year, while further initiatives are planned this year, including a digital lending tool.

In China, it is also looking to roll out a new digital bank to gain access to the country’s burgeoning affluent class, while Hamers has further set his sights on millionaires in the United States.

In the past few years, focus on the ultra-wealthy has helped UBS to boost efficiency, with the bank’s advisers managing increasingly large pools of money from these clients, even as the number of relationship managers has shrunk.

Now, industry experts say wealth managers must look to digital tools to help to capture the “regularly wealthy” at the other end of that spectrum by allowing just one adviser to oversee more of these clients.

“The big Swiss banks need to up their digital offerings, because younger clients want it and their costs are too high,” Ingo Rauser, a partner at global technology and management consultancy Capco, said. “Less complex processes can be digitised and automated. It’s how they differentiate from competitors.” 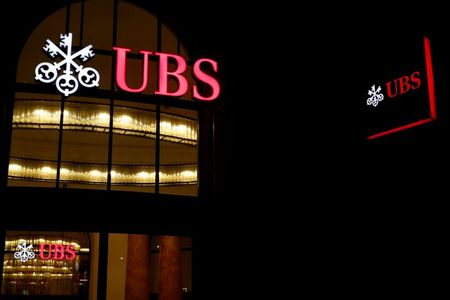