The inspector general’s office noted that since March 2020, FAA has been forced at times to partially shut towers and radar control facilities because of COVID-19 cases and faces veteran controllers leaving for various reasons, including retirements.

It will also “identify the impact of the COVID-19 pandemic on FAA’s controller training program.” The FAA says U.S. airspace is the busiest and most complex in the world,.

The FAA employs about 13,800 air traffic controllers in more than 300 U.S. facilities.

In 2018, the FAA said that over the prior five years it had hired over 7,800 new air traffic controllers.

In 2020, the FAA faced numerous COVID-19 cases among controllers that forced the temporary closures of air traffic control towers, including at Chicago Midway and Las Vegas airports, which resulted in the cancellation of hundreds of flights.

FAA Administrator Steve Dickson noted in a speech earlier that in 2020 the FAA “created sterile teams of air traffic controllers and implemented cleaning and disinfecting protocols to keep people safe and the system going. 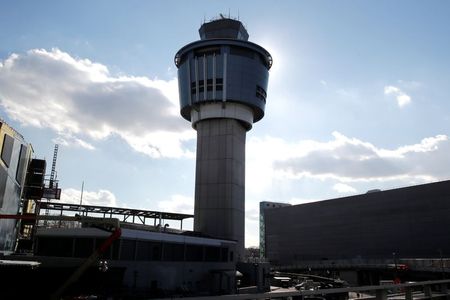 Indexes close up more than 1% as investors assess Fed news

Tesla surges as fund managers face big decision: How much to...