WASHINGTON (Reuters) -U.S. Trade Representative Katherine Tai said on Thursday she will accompany President Joe Biden to Brussels next week for “intense negotiations” to try to resolve trade disputes over aircraft subsidies and steel and aluminum.

Tai told an event hosted by the AFL-CIO trade union federation that she will fight for the rights and interests of U.S. workers in those industries, while working to set new standards to combat China’s industrial policies.

“We’ll participate in intense negotiations to resolve the 16-year-old Boeing/Airbus disputes and to find a path forward on products like steel and aluminum,” Tai said, repeating her upbeat assessment of the talks thus far.

“From my conversations so far, I am optimistic that we will be successful,” Tai told the event.

The EU wants the Biden administration to lift the “Section 232” national security tariffs of 25% on imported steel and 10% on imported aluminum, and a draft communique for a U.S.-EU summit next week includes language setting deadlines on lifting “additional/punitive” tariffs related to the dispute.

Tai has said such an action must be tied to a solution that addresses chronic excess production capacity in those industries, largely centered in China.

She told the AFL-CIO “virtual town hall” of union members that she would use her meeting with European counterparts to talk about opportunities to deal with such unfair trading practices, and excess capacity, but reiterated support for protecting the domestic metals industry.

“The steel industry is critical to our economy and our national security,” Tai said in response to a question from a member of the United Steelworkers union. “President Biden is committed to protecting our steel industry and workers like you from unfair trading practices.”

A draft communique seen by Reuters shows that U.S. and EU officials will commit to ending the dispute over subsidies to aircraft makers Airbus SE and Boeing Co before July 11, while setting a Dec. 1 deadline to end punitive tariffs related to the steel and aluminum dispute

U.S., British and EU officials have expressed optimism that a settlement can be reached before July 11, when currently suspended tariffs will come back into force on all sides.

One source close to the negotiations said the discussions were progressing well, but a deal was unlikely to be reached before the U.S.-EU summit next week.

Discussions about steel and aluminum tariffs are still in the early stages and will take longer to resolve, the source said. 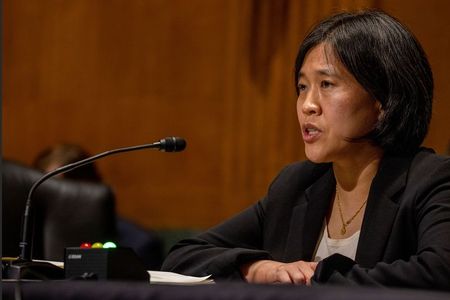