“Ambassador Tai emphasized the importance of the U.S.-Taiwan trade and investment relationship and explained the Biden-Harris administration’s worker-centered trade priorities,” USTR said in a statement.

Deng’s office said the atmosphere of the talks was “harmonious and constructive.”

Taiwan had been “cautiously optimistic” about resuming stalled high level trade talks with Washington this year after U.S. Secretary of State Antony Blinken signaled a possible resumption on Monday.

The Biden administration has moved to reaffirm its strong commitment to the Chinese-claimed, democratically-governed island in the face of pressure from Beijing to try and assert its sovereignty.

Taiwan has long angled for a free trade deal with the United States, but trade and investment talks between the two have been stalled since the Obama administration.

A senior official at Taiwan’s economy ministry told Reuters they hope to resume the Trade and Investment Framework Agreement(TIFA) talks this year.

The USTR statement did not provide specific timing of the meeting, which it said would come under the auspices of the American Institute in Taiwan and the Taipei Economic and Cultural Representative Office in the United States.

Any such agreement with Taiwan is likely to irritate China.

This week, China’s Defence Ministry denounced a brief weekend visit by three U.S. senators to Taiwan on a U.S. military aircraft as a “vile political provocation” that was irresponsible and dangerous.

While Taiwan is a member of the World Trade Organization, many countries are wary of signing trade deals with the tech powerhouse fearing objections from China, though Taiwan does have free trade deals with Singapore and New Zealand.

Last year, Taiwan’s government lifted a ban on the import of pork containing a leanness-enhancing additive, ractopamine, removing a major stumbling block to a deal with Washington.

However, Taiwan will hold a referendum in late August on whether to resume the ban on the import of pork containing ractopamine. The outcome could affect trade talks with Washington.

(Reporting by Susan Heavey and David Lawder in Washington, and Ben Blanchard in Taipei; Editing by Emelia Sithole-Matarise and Lincoln Feast.) 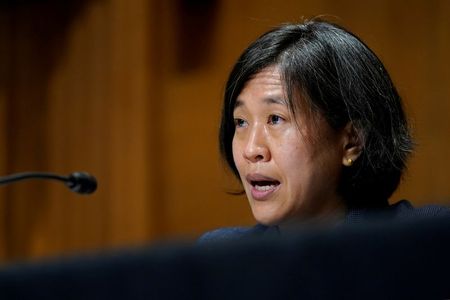 Airbnb to shut domestic business in China from July 30

GM Financial to pay over $3.5 million to resolve claims it violated U.S. law