WASHINGTON (Reuters) – Democratic U.S. Senator Elizabeth Warren is planning a bill to crack down on the special purpose acquisition company, or SPAC, industry after a “proliferation” of bad deals that have often resulted in huge losses for investors, according to a report to be released Tuesday seen by Reuters.

Warren’s forthcoming “SPAC Accountability Act of 2022” would increase the legal liability for a range of parties involved in such deals, enhance investor disclosures and lock up for a longer period early investors which bankroll the deals.

While Warren’s bill may struggle to gain traction this year with lawmakers focused on the midterm elections, it’s likely to increase pressure on the industry which is already facing proposed new curbs from the U.S. Securities and Exchange Commission (SEC).

Wall Street’s biggest gold rush of recent years, SPACs are shell companies that raise funds through a public listing with the goal of acquiring a private company and taking it public.

The process allows the target to sidestep the stiffer regulatory scrutiny of a traditional initial public offering (IPO), sparking criticism from Warren and others that too many deals are of poor quality or suffer from lax due diligence.

In the report on Tuesday, Warren also detailed an investigation she began last year on SPACs and their backers, which found investors had been harmed and further regulation was needed.

“This investigation found that Wall Street insiders have used SPACs as their own personal piggy banks while retail investors have suffered,” Warren said in a prepared statement. “This industry is rife with fraud, self-dealing and inflated fees, and the SEC and Congress should continue to act to crack down on these abuses.”

Investment banks have raked in billions of dollars feeding the frenzy for SPAC deals, which have left many investors with losses, Reuters reported this month.

If finalized, SEC rules proposed in March would largely close current loopholes by offering SPAC investors protections similar to those they would receive during the IPO process.

Warren’s bill would build on the SEC’s proposal by codifying its changes into law. It would expand the definition of underwriter to include any party that facilitates the takeover of the target company, increasing legal liability for financial institutions, SPAC sponsors and boards, and the target company.

Additionally, it would lock-up SPAC sponsors for longer, preventing them from cashing out before the merged company can produce any of the projected profits. The bill would also increase the disclosures required in relation to the target takeover. 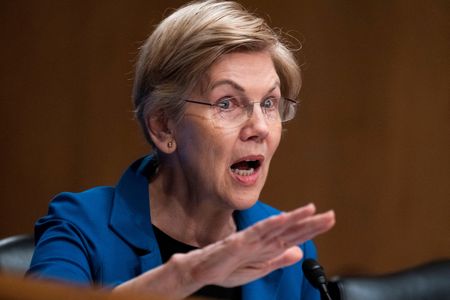