Vice President Kamala Harris will be on hand to break an expected 50-50 Senate tie over Bedoya’s nomination, giving Democrats a 3-2 majority among FTC commissioners. Currently, there are two Democrats and two Republicans, resulting in deadlocks.

“He (Bedoya) will give Lina Khan and the FTC the majority to go after the oil companies and go after gouging,” Schumer said during a press conference in New York City. Khan, a Democrat, chairs the FTC.

Bedoya, a visiting law professor at Georgetown University, is a former chief counsel of the U.S. Senate Judiciary subcommittee on privacy, technology and the law.

Gasoline prices are averaging more than $4 per gallon nationally and significantly higher in western states.

That is up from around $2.90 nationally a year ago, according to the American Automobile Association.

Russia calls its actions in Ukraine a “special operation.”

Meanwhile, Schumer has accused oil companies of orchestrating billions of dollars in stock buybacks, a move he said enriches investors “but it doesn’t do anything to increase productivity, increase (oil) production or anything else.”

Legislation also will be introduced this week giving the FTC more power to protect consumers, Schumer said without elaborating. 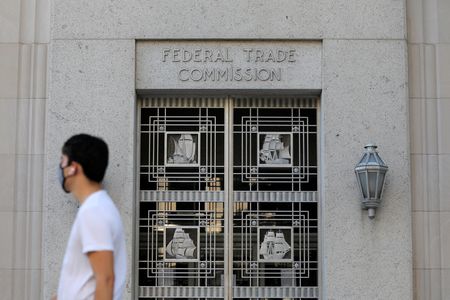