WASHINGTON (Reuters) – The U.S. Senate passed a bill on Tuesday that would increase fees that companies planning the biggest mergers pay to government antitrust agencies and give those agencies bigger budgets.

The bill – co-sponsored by Democrat Amy Klobuchar, the top antitrust senator, and Chuck Grassley, the top Republican on the Senate Judiciary Committee – would lower the fee for smaller mergers under $161.5 million to $30,000 from $45,000. But for deals worth $5 billion or more, the fee would rise to $2.25 million from $280,000.

“Now that my bill with Senator Grassley passed the Senate, the Federal Trade Commission and Department of Justice’s Antitrust Division are one step closer to having additional resources to conduct rigorous reviews of large mergers,” Klobuchar said in a statement.

The antitrust measure was included in a Senate package aimed at boosting the country’s ability to compete with Chinese technology. The bill must pass the House of Representatives to be sent to the White House for President Joe Biden to sign into law.

The Federal Trade Commission and the Justice Department’s Antitrust Division assess mergers to ensure that they comply with antitrust law.

The measure would increase authorizations to each, giving the FTC a budget of $418 million, while the Antitrust Division would receive $252 million.

Under a budget proposed by the Biden administration, the FTC would get $389.8 million for the next fiscal year. That is an increase from $351 million this year, or about 11%. Also under Biden’s plan, the Antitrust Division would see its budget increase to $201 million from $185 million, an increase of 8.6%.

Grassley said in a statement that the current system of assessing mergers and working to stop anti-competitive practices was “outdated” and “not getting the job done.”

“I’m glad to see my colleagues in the Senate also recognize this issue and support it (the bill) today,” he said. 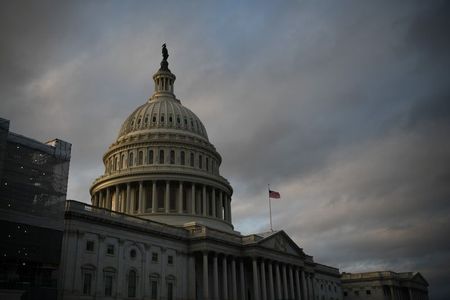