By Katanga Johnson and Ross Kerber

WASHINGTON/BOSTON (Reuters) -The top U.S. securities regulator on Wednesday proposed requiring large hedge funds and endowments to disclose how they vote on executive pay, bringing this clutch of influential investors in line with other top funds that have made their pay votes public for a decade.

The proposal, subject to a 60-day period of public consultation before further action can take place, would also mandate investors provide more details about how share lending affects proxy voting as well as prescribe how funds and managers organize their reports by requiring the use of a structured data language to ease analysis.

Wednesday’s 4 to 1 vote in favor of these changes by the Securities and Exchange Commission (SEC) come as the first rule proposals under Democratic chair Gary Gensler.

Together, the changes from the Democratic-led agency are meant to bring more transparency to shareholder annual meetings, partly by implementing rules mandated by the Dodd-Frank financial reforms of 2010.

Among S&P 500 company CEOs average total pay rose 52% to $12.18 million in 2020 from $8 million a decade earlier, according to compensation consultant Farient Advisors.

Among other things Dodd-Frank mandated shareholders get the chance to cast so-called “say-on-pay” advisory votes on executive compensation, which have put a focus on CEO pay at many corporate annual meetings for the past decade.

The votes, combined with the disclosures that big mutual fund firms have filed since 2004 via Form N-PX, had already brought scrutiny to the biggest asset managers.

But SEC Democratic Commissioner Allison Lee told https://www.reuters.com/business/sustainable-business/secs-lee-seeks-more-proxy-vote-details-powerhouse-funds-2021-03-17 an industry audience in March that the Form N-PX disclosures are too unwieldy to show retail investors how their money is voted and because they currently are not filed by certain investment firms.

Republican SEC Commissioner Elad Roisman voted in favor of the proposed changes, breaking ranks from his minority counterpart, Commissioner Hester Peirce, who had the sole dissent.

“The discretionary amendments to Form N-PX are being proposed in the name of enhanced transparency […] but these could harm investors,” said Peirce, adding that proxy voting is not the most important activity in which a fund engages.

“These changes are unlikely material to influence an investor’s choice to invest in a particular fund.”

Some managers have given up their rights to vote in exchange for fees when they lend out shares https://reut.rs/3ogxmNV to short-sellers. While this can cut costs for investors, it has also changed the outcome of corporate elections, according to proxy solicitors.

Industry groups say that if the SEC’s proposals prove too costly, those burdens would be passed on to fund shareholders. They also said the success of the SEC’s rule change may depend on how quickly vendors can adapt to machine-readable technology.

Critics of the say-on-pay rule, including its co-author, say it did little https://www.reuters.com/article/ceo-pay-barneyfrank/dodd-frank-co-author-disappointed-on-pay-votes-cites-fund-managers-idINL2N0WR16B20150327 to slow the growth of rewards for top U.S. executives.

Top asset managers still overwhelmingly back executive pay, according to new data from researcher Insightia showing that during the 12 months ended June 30 three of the largest fund firms each supported management on pay about 95% of the time, roughly the same as the prior period.

(Reporting by Katanga Johnson in Washington and by Ross Kerber in Boston;Editing by Michelle Price, Stephen Coates and Bernadette Baum) 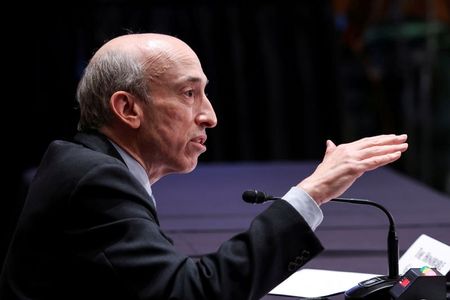 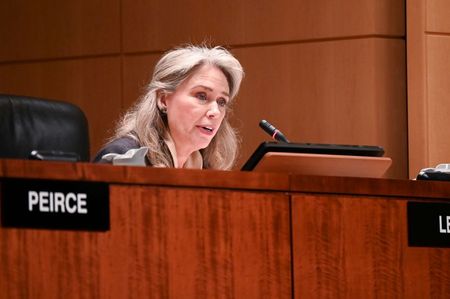 A brief timeline of all that happened in the Stock market...