WASHINGTON (Reuters) – The U.S. Securities and Exchange Commission (SEC) on Thursday said it assessed $3.9 billion in fines related to enforcement actions in fiscal 2021, down from a record $4.7 billion in 2020, even as standalone actions increased.

Standalone enforcement actions increased to 434 from 405 previously, but remained below the prior five-year average, the annual report said. In fiscal 2020, a handful of sizeable cases drove the bulk of the agency’s collections.

The SEC brought a series of first-of-their kind actions, including the first case against a decentralized finance (DeFi) firm, fraud charges against an alternative data provider and securities law violations on the “dark web,” according to the report.

The year’s actions included a large resolution with Goldman Sachs, in which the company agreed to pay about $1 billion to settle SEC charges related to the 1MDB scandal, an accounting controls case against General Electric Co and charges against Kraft Heinz and two former executives related to a years-long expense management scheme.

(Reporting by Chris Prentice in Washington; Editing by David Gregorio and Matthew Lewis) 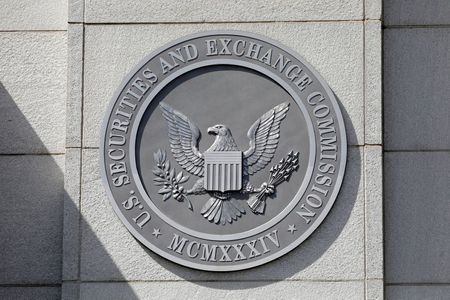 Coinbase valuation pegged at $68 billion ahead of landmark U.S. listing