WASHINGTON (Reuters) – The U.S. Securities and Exchange Commission (SEC) is considering new rules to protect investors amid a surge in the use of special purpose acquisition companies (SPACS) as capital-raising vehicles, its new chair will tell lawmakers.

SPACs are listed shell companies that raise cash to acquire and take public a private company, allowing targets to sidestep the stricter regulatory checks of an initial public offering.

Gary Gensler, in prepared testimony to the financial services and general government subcommittee of the U.S. House Appropriations panel on Wednesday, said that overseeing SPACS has also placed demands on the resources at the watchdog, which has seen a 4% decline in its staff overall since 2016.

He added that the Division of Enforcement’s staff had six fewer staff than in fiscal year 2016, while its Division of Corporation Finance was currently 20% smaller than five years ago.

“Are SPAC investors being appropriately protected? Are retail investors getting the appropriate and accurate information they need at each stage”, said Gensler in his second appearance before Congress since he was sworn-in as SEC chair last month.

“How do SPACs fit in to our mission to maintain fair, orderly, and efficient markets? It could be the case that SPACs are less efficient than traditional IPOs,” said Gensler, adding he had tasked staff to recommend possible rules or guidance in this area.

A record $100 billion has already been raised by U.S. SPACs so far this year, while the value of SPAC mergers and acquisitions hit a record $263 billion, according to data from Dealogic.

Some 30 companies have agreed to merge with SPACs since the beginning of April, compared with 69 during February-March, when the SPAC boom hit a peak, according to data vendor Refinitiv.

Analysts say the euphoria among retail investors that helped fuel the SPAC boom has subsided as investors worry https://www.reuters.com/technology/us-companies-snub-spacs-amid-concerns-they-cannot-deliver-2021-05-25 that SPACs have taken many companies, often loss-making or even without revenue, public at too-high valuations.

Bankers and lawyers warn companies that SPACs may not be able to deliver on the frothy valuations they promise.

Gensler will also tell lawmakers crypto tokens are a highly volatile and speculative asset class, which have opened a path to investor fraud and marketplace manipulation. 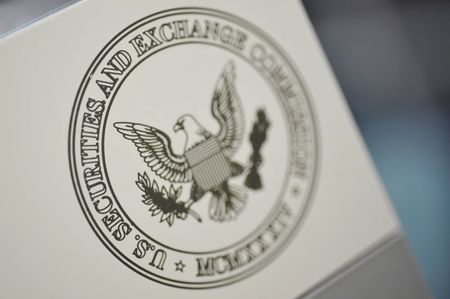 From ‘Animal Crossing’ to Netflix: Unilever and P&G search for young...