(Reuters) – The National Retail Federation (NRF) on Wednesday raised its growth expectations for U.S. retail sales in 2021 to between 10.5% and 13.5%, as more Americans get inoculated and the economy reopens at a more accelerated pace than previously predicted.

The U.S. retail group also forecast GDP growth to approach 7% in 2021, higher than the 4.4% and 5% projected earlier this year.

“Most indicators (of U.S. economic activity) point toward an energetic expansion over the upcoming months and through the remainder of the year,” Kleinhenz added as he anticipates this year to be the fastest growth the U.S. has experienced since 1984.

(Reporting by Mehr Bedi in Bengaluru; Editing by Shailesh Kuber) 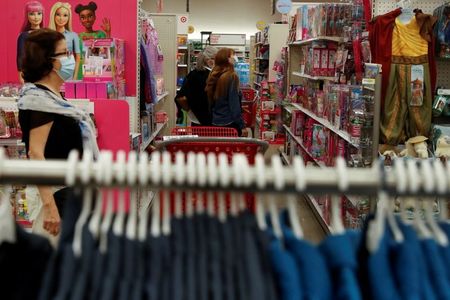