WASHINGTON (Reuters) – The FBI is investigating campaign fundraising activity involving a company that the head of the U.S. Postal Service formerly led, a spokesman for Postmaster General Louis DeJoy said on Thursday.

DeJoy, a supporter of Republican former President Donald Trump who was named to the post in May 2020, has faced criticism from Democrats over mail service changes and a plan to slow some deliveries to save money. DeJoy previously served as chief executive at North Carolina-based New Breed Logistics.

The Washington Post first reported the investigation. FBI agents have interviewed current and former DeJoy and New Breed Logistics employees and have issued a subpoena to DeJoy, the Post reported.

The Post reported last year that some New Breed Logistics employees said they were pressured by DeJoy or his aides to attend fundraisers or make political contributions to Republicans and then were repaid through bonuses. DeJoy in congressional testimony denied making such reimbursements, calling it an “outrageous claim.” New Breed was sold to XPO Logistics Inc in 2014.

Mark Corallo, a DeJoy spokesman, said in a statement that DeJoy “learned that the Department of Justice is investigating campaign contributions made by employees who worked for him when he was in the private sector. He has always been scrupulous in his adherence to the campaign contribution laws and has never knowingly violated them.”

Corallo said DeJoy “intends to work with DOJ toward swiftly resolving it.”

The FBI did not immediately respond to a request for comment. A USPS representative declined to comment.

Some Democrats last year accused DeJoy of making service changes with the intention of impeding the delivery of mail-in ballots for November’s presidential election to help Trump, which DeJoy denied. A federal judge last September ordered the USPS to expedite election mail and approve more overtime for postal workers to handle it.

Democratic voters used mail-in ballots more extensively than Republican voters in the election due to worries about the COVID-19 pandemic.

(Reporting by David Shepardson and Mark Hosenball; Editing by Will Dunham) 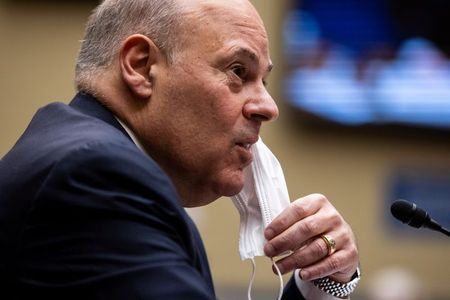 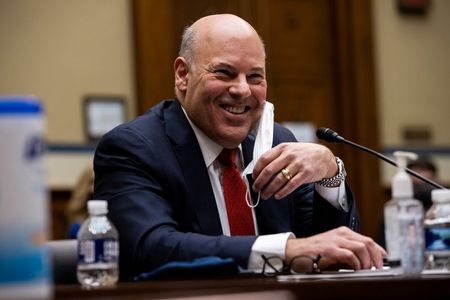 Stocks typically rally in December, investors have some caution this year

Canada to invest millions to cut emissions at BHP potash mine...