(Reuters) – U.S. meat processor Tyson Foods Inc will launch its plant-based food in select Asia-Pacific markets starting this month, as it looks to cash in on the burgeoning demand for meat substitutes in the region its rivals have set out to capture.

Impossible Foods Inc, Nestle SA, Beyond Meat Inc have already entered Asia with their plant-based meat products, expecting rising demand for the protein from consumers conscious about health, animal welfare and the environment.

Retail sales of meat substitutes in Asia-Pacific reached $16.3 billion in 2020 and are expected to exceed $20 billion by 2025, according to data provided by Euromonitor to Tyson Foods.

“The Asian market is a natural fit for this category with traditional plant-based products like tofu already entrenched in the culture,” Tan Sun, president, Tyson Foods Asia-Pacific, said in a statement.

Tyson Foods, the biggest U.S. producer of animal meat by sales, said on Tuesday it would first roll out plant-based nuggets, strips, and bites in Malaysia under its First Pride brand, with a view to expand into other markets. 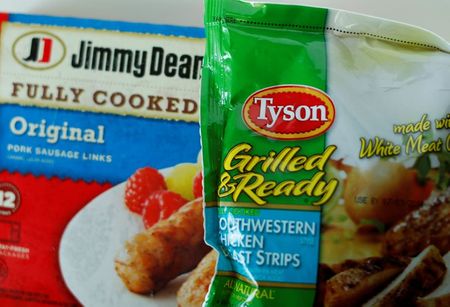 Banks talking with government for clarity on sanctions -Dimon