NEW YORK (Reuters) -The National Association of Manufacturers (NAM), a business group, sued the U.S. securities regulator on Wednesday for refusing to enforce a Trump-era rule reining in companies that advise investors on how to vote in corporate elections.

Last year, the Securities and Exchange Commission finalized restrictions on proxy advisers by requiring they give companies a chance to view their recommendations and disclose conflicts of interest. But the agency’s new Democratic leadership has said that it will review that rule and will not enforce it in the meantime.

The lawsuit marks the first major showdown between corporate interests and the SEC under the leadership of its new chair, Gary Gensler, and is the latest installment in an ongoing battle between corporate America and the proxy advice industry.

U.S. business interests have for years pushed for a crackdown on proxy advisers, which have the power to swing votes in corporate director elections and on hot-button issues such as climate change, gender pay equity and lobbying.

NAM, which filed the lawsuit with equipment supplier Natural Gas Services Group Inc in the western district of Texas, wants the SEC to start enforcing the rule, Kelly said.

“Our members are starting to get ready for next proxy season,” Kelly said, referring to the slew of corporate annual meetings that take place beginning early next year.

“In the regulatory process, this whipsawing undermines the predictability regulated entities are looking for and capital markets need.”

Natural Gas Services has been thwarted in efforts to correct information put out by proxy advisers, Kelly said, leading the company to band together with NAM on the legal challenge.

Proxy advisers Institutional Shareholder Services Inc and Glass, Lewis & Co have said that the Trump-era rule would delay the advice they send out to investors and limit their independence. 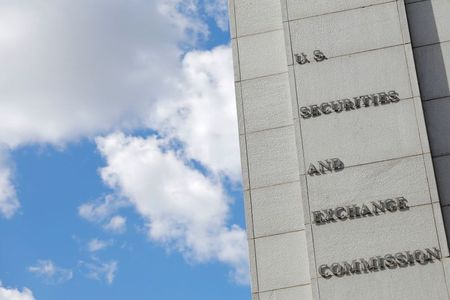 Exclusive: Pfizer COVID-19 vaccine supply to the EU about 10 million doses short of...