WASHINGTON (Reuters) – U.S. business lobbying groups cheered a bipartisan $1.2 trillion infrastructure deal, but are gearing up to fight the corporate tax hikes looming in a separate but linked spending bill that Democrats aim to pass without Republican votes.

The U.S. Chamber of Commerce, the National Association of Manufacturers, the National Retail Federation and other deep-pocketed lobby groups plan to use the same argument they employed in 2017 to secure huge tax cuts from Republicans: higher corporate taxes equal fewer jobs.

“But we don’t think it is good to use a corporate tax increase to finance spending,” said Bernstein, whose group has spent $1.5 million on lobbying in the first quarter of 2021, according to watchdog OpenSecrets.org.

Treasury Secretary Janet Yellen in May laid out https://www.reuters.com/business/us-treasurys-yellen-says-tax-hike-infrastructure-plan-will-boost-profits-2021-05-18 to the U.S. Chamber of Commerce her argument that such productivity-enhancing investments, paid for in part with a corporate tax increase to 28% from 21%, would still boost corporate profits.

The International Monetary Fund last week said such investments would stoke U.S. growth for years, and baked their enactment into a new 2021 U.S. GDP growth forecast of 7%, the strongest since 1984.

Yellen is expected to say at a G20 finance meeting in Venice, Italy this week that corporations globally need to pay more for the investments made by governments — payments enforced by a global minimum tax that neutralizes tax havens.

Whether U.S. companies will be forced to pay more at home is likely to come down to a battle for the hearts and minds of a handful of moderate Democrats in both the House and the Senate, lobbying group officials told Reuters.

These business groups had hoped for the bipartisan infrastructure bill and partisan tax and spending bill to be considered separately, betting that this would make it easier to kill the latter bill.

Lieber said this increases the likelihood that infrastructure spending turns into a partisan bill that needs the support of every single Democrat in the Senate, and all but a handful of House Democrats.

“I’m going to target 10 or 20 of the most vulnerable House Democrats,” said Tom Spulak, co-leader of King and Spalding’s government advocacy and public policy practice.

“I’m going to go into those districts and say that first of all this is a bad deal, then say that Democrats have dealt in bad faith,” he said, referring to Democrats agreeing to leave tax increases out of the infrastructure package, while pursuing partisan tax hikes.

“This may not be in most people’s eyes the right time to start slamming tax increases on businesses that are just coming back from the pandemic,” said Jade West, chief government relations officer for the National Association of Wholesaler-Distributors in Washington, the coalition’s organizer.

Through the first three months of 2021, half of the coalition’s member associations spent $3 million on lobbying, according to https://www.opensecrets.org/news/2021/06/business-coalition-lobbies-against-biden-tax-hikes OpenSecrets.org.

Lobbying and pro-business groups are rolling out research that disputes the Biden administration’s claims that the tax and spending plans will create millions of jobs.

The Tax Foundation, a pro-business think tank, estimates https://taxfoundation.org/american-jobs-plan that the “American Jobs Plan” containing both infrastructure and corporate tax hikes would cause a net long-term reduction in GDP of 0.5% and result in 101,000 fewer U.S. jobs.

A National Retail Federation-financed study https://cdn.nrf.com/sites/default/files/2021-06/TaxHike-2021-EYSTudy-Cobranded.pdf by accounting firm EY sees U.S. GDP reduced by $72 billion annually, even if 75% of the tax increase funds productivity-enhancing public investments. EY translated the labor income portion of the GDP loss to a decline of 700,000 jobs across the economy.

Independent analysis shows a different outlook. Oxford Economics estimates https://resources.oxfordeconomics.com/hubfs/Bidens_American_Jobs_Plan_will_provide_a_structural_lift.pdf that while business investment would be reduced by 1% at the end of 2023, the public investments would create an additional 2 million jobs by the end of 2024, and long-term potential output growth would be 0.1% above baseline forecasts after a decade.

Corporate tax revenue has dwindled as a source of U.S. federal funding from nearly 40% in the 1940s to less than 7%, driven recently by 2017 Republican tax legislation that cut the headline corporate tax rate to 21% from its long-term 35% level.

A Reuters analysis https://reut.rs/2SLvhfJ of 2020 tax data this month found that even if the U.S. corporate tax rate was raised to 28% as proposed by President Joe Biden, the largest U.S. companies would still pay a lower effective tax rate than their overseas competitors — around 21% — thanks to generous deductions and credits in the U.S. tax code.

Some 69% of voters surveyed https://americansfortaxfairness.org/issue/new-poll-shows-overwhelming-support-bidens-plans-raise-taxes-wealthy-corporations by the left-leaning Americans for Tax Fairness in June favored raising taxes on the wealthy and on corporations, with support among independent voters a similar 68%.

Reuters/Ipsos polling https://www.reuters.com/world/us/many-republican-voters-agree-with-biden-trickle-down-economics-has-failed-2021-04-29 has shown that 65% of Americans support higher taxes on the wealthy, and a majority agree that “trickle down economics have never worked in America.” 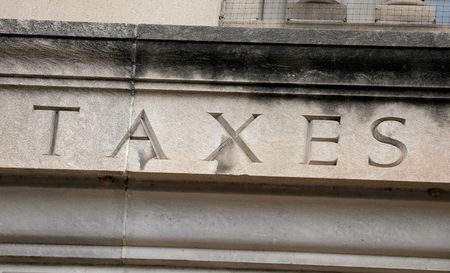 Fed policymakers call for fiscal support to save U.S. economy